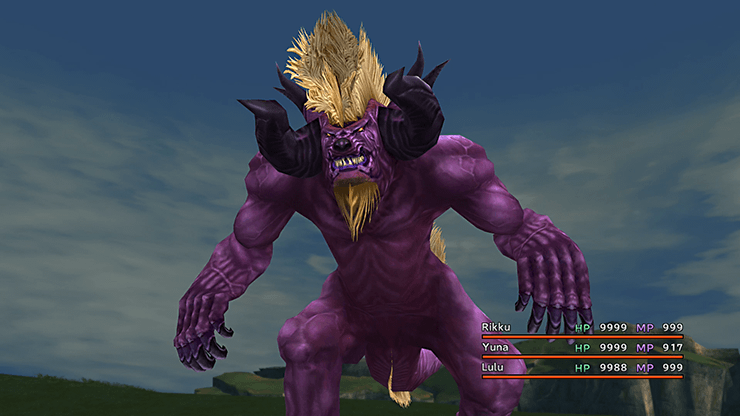 Behemoths are the weaker cousins to the Behemoth Kings. They won’t counterattack with Meteor when the die so you can defeat them without worrying about them ending your entire game.

Magic attacks work quite well against Behemoth, but other than that, there is no other strategy required besides hammering away at its HP and keeping an eye on your own.

Lancet on a Behemoth King to learn Mighty Guard for his Ronso Rage Overdrive.

Can be found inside the Mt. Gagazet cave. They can also be found along the trail leading to the Zanarkand Ruins. Try rotating between the two areas if you’re having trouble finding them until you get lucky.