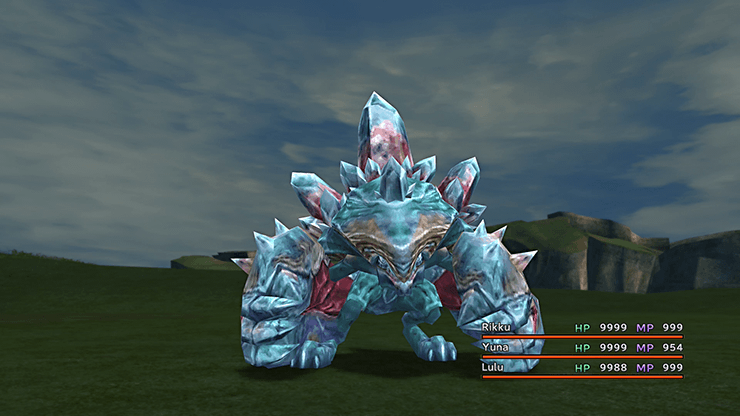 Defeating Murussu is fairly easy, but have your characters with

Its attacks can cause the Slow effect on your party members.

Can be found anywhere in Macalania Woods.