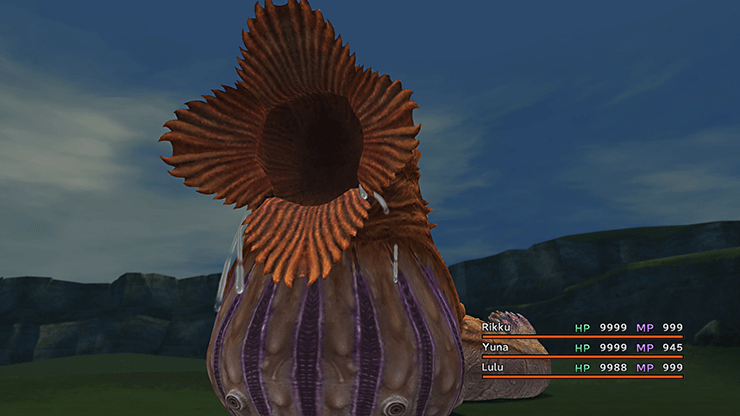 Sand Worms have a ton of HP and will take quite a while to defeat. They can also use a move called “Swallow” which will take one of your party members out of the battle for a few turns.

You can use Auron’s Overdrive, Shooting Star, to instantly defeat a Sand Worm though and greatly speed up the battle. Alternatively, have Wakka use

Dark Buster to inflict the Darkness status effect and greatly reduce the amount of damage that Sand Worm does. Lastly, you can have Lulu use

Bio on the Sand Worm to do a ton of damage through Poison.