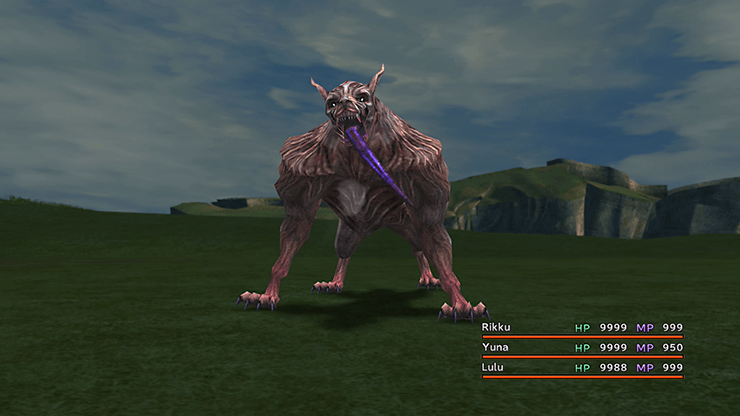 The Sand Wolf is a Wolf/Lupine-type enemy that can be found in Bikanel. You need to capture five of each Drake-type enemy in order to unlock Fenrir in the Species Conquest section of the Monster Arena.

These enemies are very easy to defeat. One quick hit from Tidus should take them out with a single hit. They can hit your party members with the Sleep or Silence negative status effects if they get an attack in, but in all likelihood, you will have defeated them before they get a chance to inflict either of these.

Can be found anywhere on Bikanel Island.