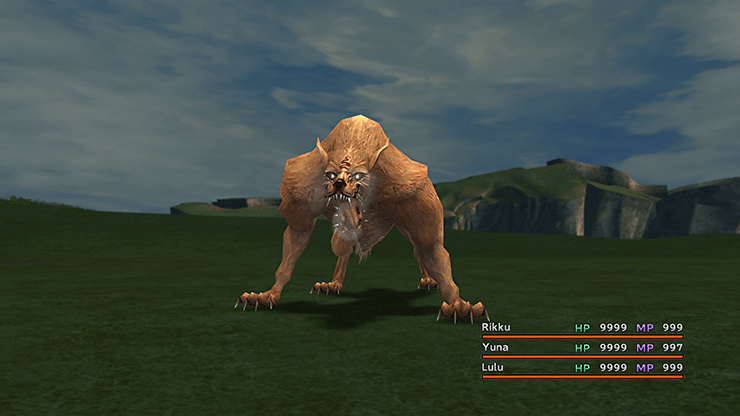 Dingos are relatively easy to defeat, but the best strategy for defeating them early on in the game is to have Tidus attack them with his Longsword.