Zidane, Dagger and Vivi will meet up with Ramuh, the Thunder God, once they reach the Pinnacle Rocks.

The objectives in this area are fairly straightforward. Ramuh has hidden 5 manifestations of himself throughout the forest which must be found in order to obtain him as an Eidolon and a summon. Each time you find a manifestation you will be told a piece of the “Hero’s Story” which you must then recite back to Ramuh in order to complete the mini-game. 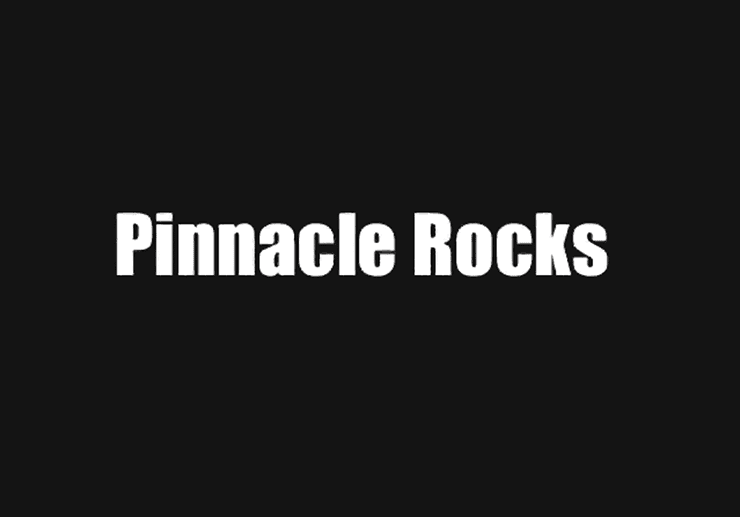 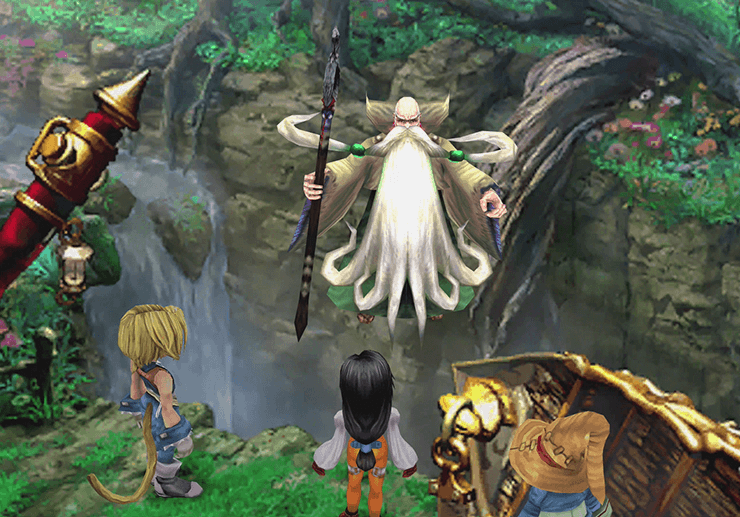 Each of the manifestations and pieces of the Hero’s Story are found in the areas shown in the screenshots below. You have to get close to Ramuh in each area in order to make him materialize.

Make sure that you start things off by speaking to Monty the Moogle in the first area and providing him with the letter from Mosh. 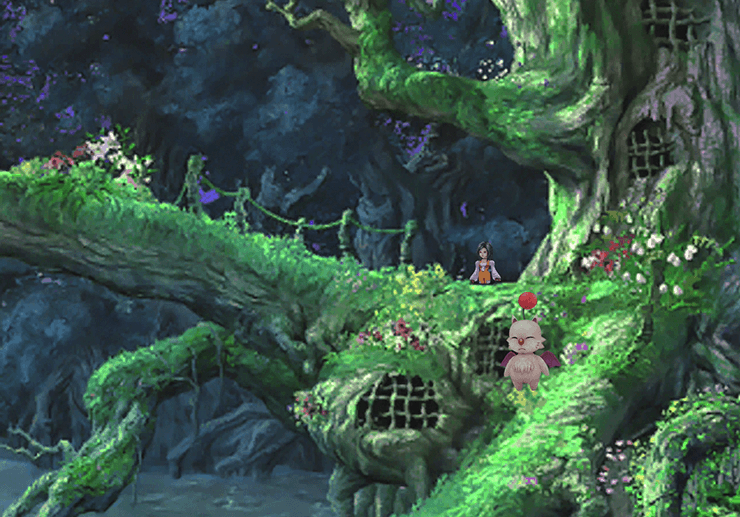 This manifestation is located at the top of the pathway near Monty the Moogle. 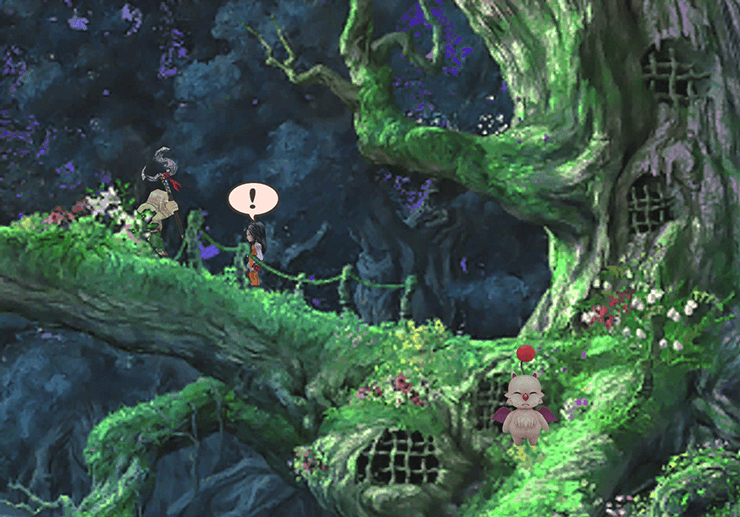 This manifestation appears in front of a treasure chest in the next screen. 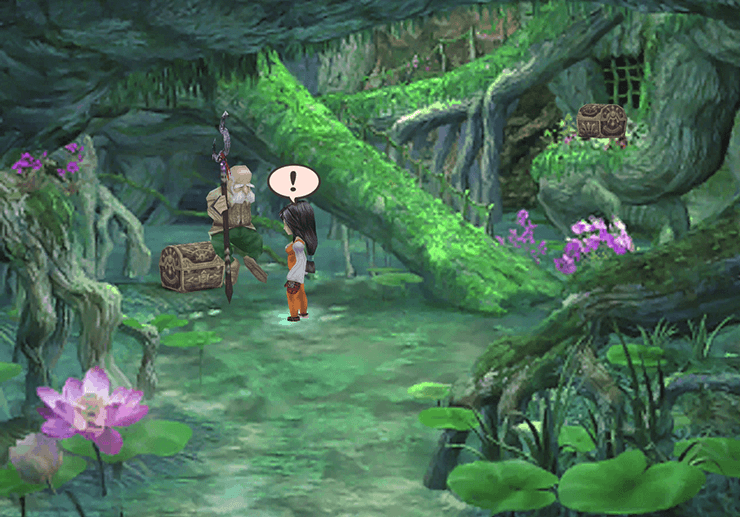 This manifestation is located in behind where the “Cooperation” manifestation and the treasure chest are located on the right side of the screen. 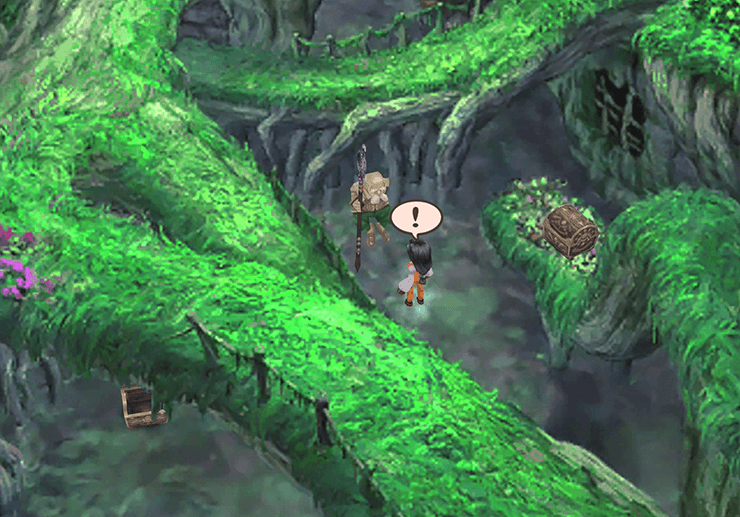 This manifestation is located in the water just below where Monty the Moogle is located. 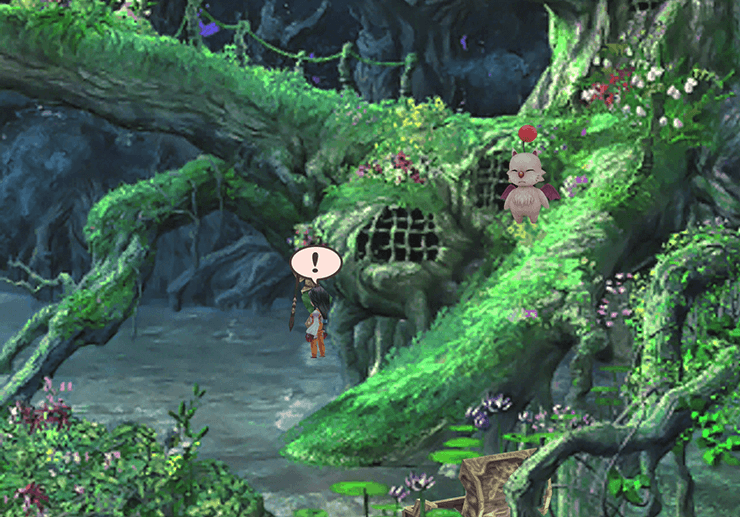 This manifestation is located where the team first met Ramuh. Proceed in behind where Monty is standing to find your way back there. 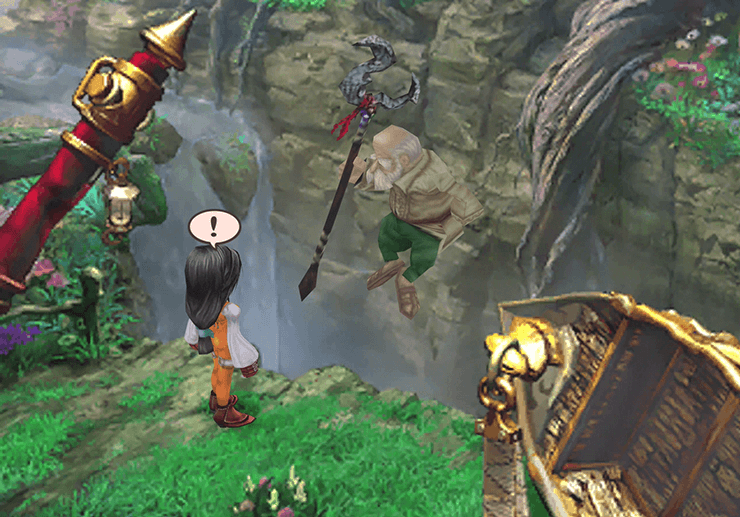 There are also three items that you can pick up in the area. There is a treasure chest near Monty that contains a

Mythril Vest. There is a treasure chest behind the “Cooperation” manifestation of Ramuh that contains

The Ogre which is a weapon that Zidane should have already had for some time.

Follow the pathway towards the exit and look for a field icon on the lower edge of the pathway (as shown in the screenshot below). You can choose to “Jump Off” the pathway and down to the treasure chest which contains a

Mythril Armlet. Proceed to the exit and speak to Ramuh once you have found all 5 manifestations. 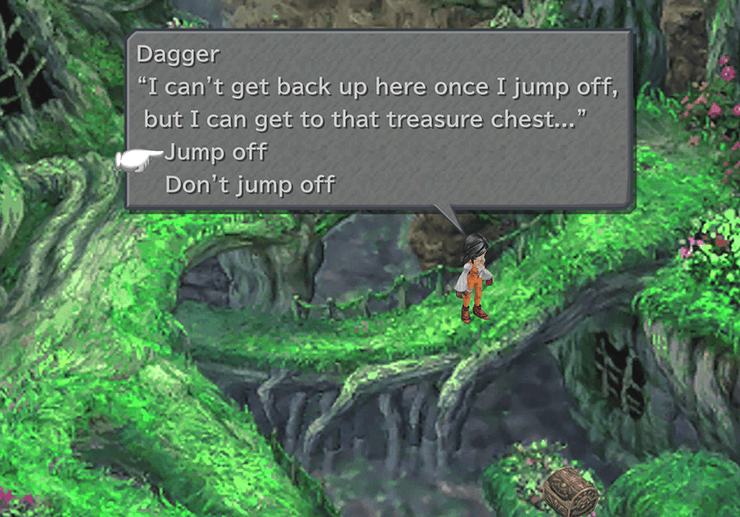 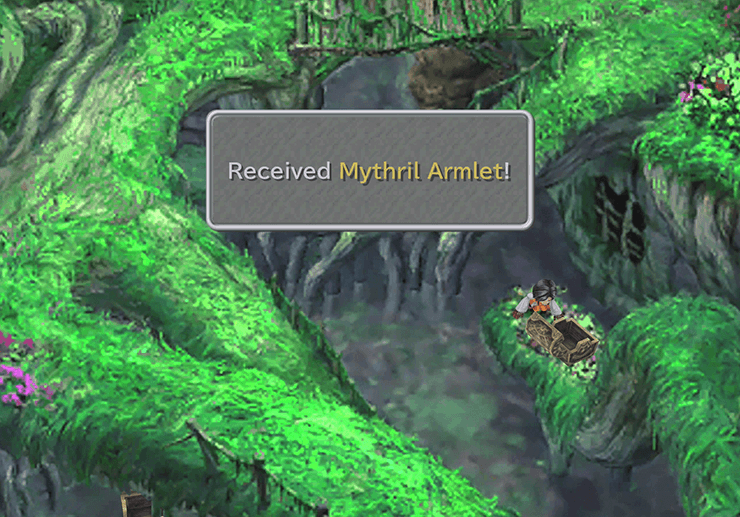 Ramuh will ask you to recite the story back to him which can be done in the following order:

Your reward for successfully completing the mini-game is the

Peridot accessory. There are a few more cutscenes involving Dagger, Zidane and Vivi.

You will get the option to either “jump off now” or “jump off later” when the team approaches the cliff. This is the point of no return so make sure that you obtained all three treasure chests above and provided Monty with the letters before you leave. 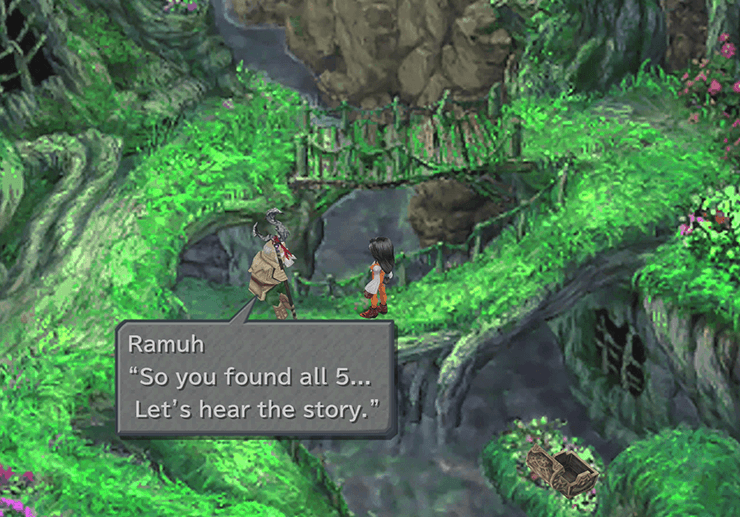 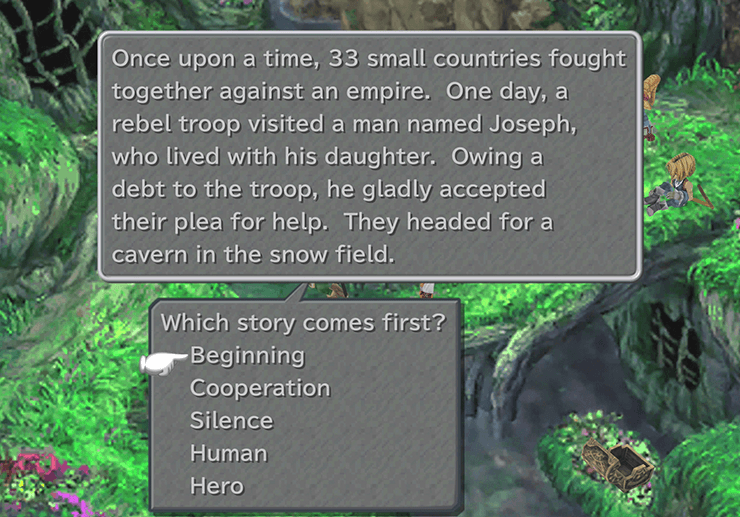 There is a short cinematic that plays of Queen Brahne’s attack on Lindblum before the team can continue on through the town. 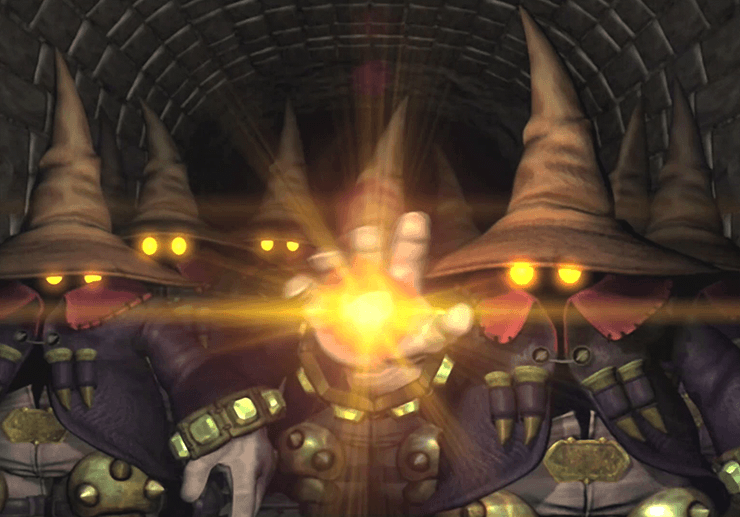 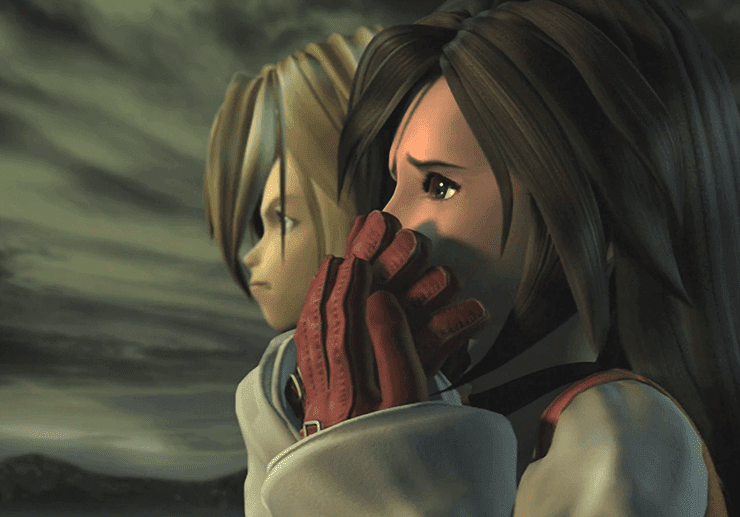