Zora’s Domain appears to be fairly large with it’s wide-open main cavern, but the home of the Zora’s is quite small and there are not too many areas that you can explore at this point in the game. 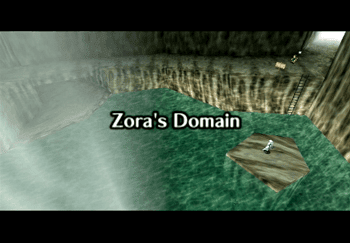 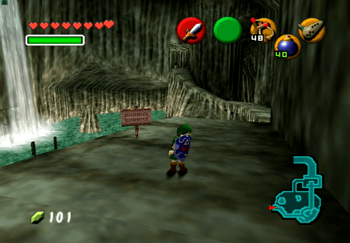 Follow the pathway eastward and up into King Zora’s Chamber – one of the signs along the way will help guide you. You will see King Zora sitting on the throne in his chamber. Ignore him for now and take the pathway on the left side of the room leading to the High Dive Practice Spot (another sign helps to point the way). There is a Zora at the end of the tunnel that you can speak to in order to initiate the Diving Game. 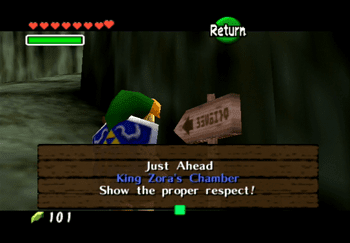 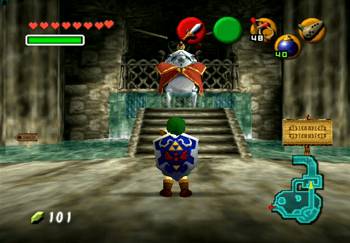 Diving Game
The game costs 20 Rupees to play and the premise is straightforward. The Zora will throw 5 Blue Rupees into the pool below and the object of the game is to dive down and retrieve all 5 before the timer is up. 50 seconds should leave you with more than enough to grab them all. A tip for completing the game: press the

Button to dive but then use the control stick to move Link around once he dives down to the bottom of the pool. It is possible to pick up more than one Blue Rupee during a dive. Also make note of where the Rupees land during the short cutscene when the Zora tosses them into the pool to make them easier to find once the time starts. 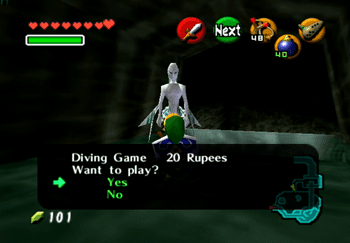 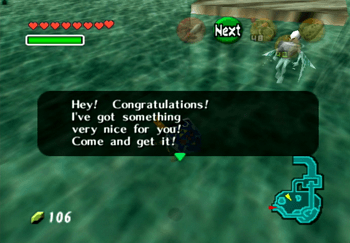 Return to the High Dive Practice Spot and speak to the Zora to obtain the reward: a “Silver Scale”, which will allow Link to dive even deeper than he previously could. 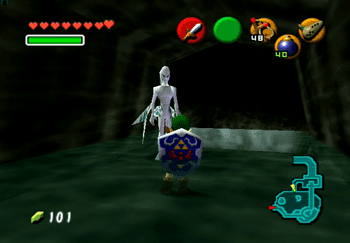 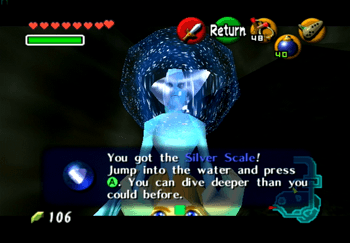 Your next task is to go about lighting all of the torches in Zora’s Domain. There are two torches in all of Zora’s Domain that start off lit up and those are the two located in King Zora’s Chamber. The first torch to be lit is at the bottom of the stairway leading into the Chamber. This torch will stay lit once you light it but the next four that you have to light will not. There is one in front of the Zora Shop, one in the pool on the northeast side of Zora’s Domain and two behind the waterfall. They should be lit in that order.

This can actually be fairly difficult to complete due to the distance between the torches and the likelihood of the torch burning out. You can press B to swing your sword (and but your Deku Stick away) and then relight it near one of the torches along the pathway if needed. Just note that the torches do not stay lit for long. Successfully light all 4 before any of them go out and a treasure chest will appear behind the waterfall that contains a Piece of Heart.

This is everything that can be completed in Zora’s Domain so far. Return to King Zora’s Chamber and speak to the King by standing on the top of the stairway in front of him. King Zora will tell you about his missing daughter, Princess Ruto. Note that this step needs to be completed before you can move on to finding out more information about Princess Ruto. 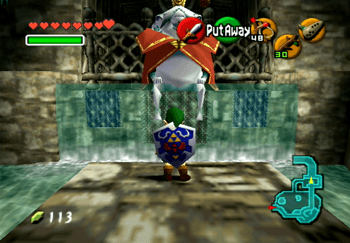 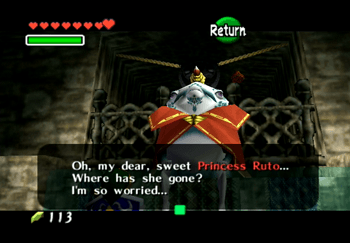 Return to the main pool (where you completed the High Dive Challenge and won the Silver Scale). There is a small cave/tunnel that Link can reach now that he has the Silver Scale. Dive into the tunnel/cave and you will be transported to Lake Hylia. 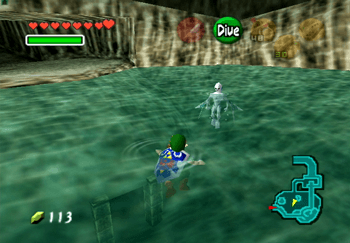