Bribe special skill during the course of a battle to offer gil to an enemy. If you offer up enough gil, the enemy will flee the battle and will leave behind items for you.

Bribing enemies is pretty much a required mechanic for obtaining some of the items that you will need for crafting weapons and armor and for stat maxing your characters. Use this list below for more information on which fiends can be bribed.

You will recieve the Under the Table Trophy once you have paid for 100,000 gil worth of bribes. 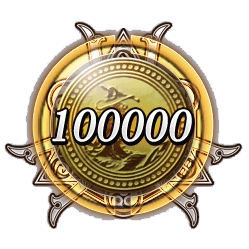 Note that fiends in the Monster Arena can be bribed just like a normal fiend out on the world map. There are no changes to the

Bribe mechanics, so once you’ve captured a fiend and added it to the Monster Arena you can opt to fight it there and bribe it there to save you some time.

You will need to reach a certain gil amount in order to bribe an enemy, but even then, there is only a chance that the bribe will be successful. That being said, once you have given enough gil to an enemy, adding any additional gil will stack on the previous gil that you gave it.