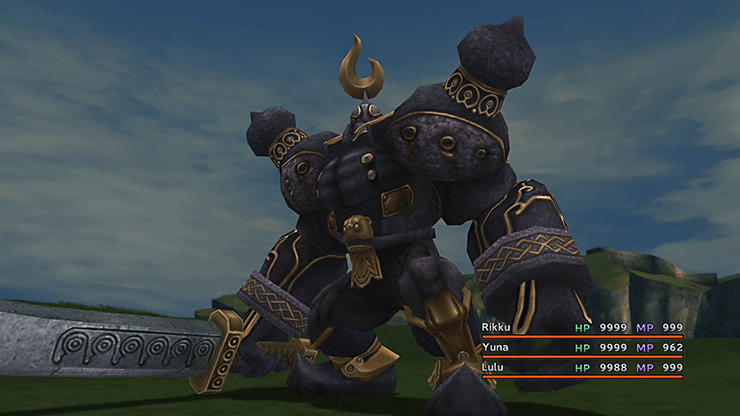 Iron Giant is an also an “Iron Giant”-type enemy that can be found in the Thunder Plains. You need to capture five of each Iron Giant-type enemy in order to unlock Ironclad in the Species Conquest section of the Monster Arena.

There is no particularly complex strategy required to defeat them. The battle can be made easier though by using

Armor Break on both of them. You can also use

Dark Buster to greatly reduce the amount of damage they do.

They can be found in the second half of the Thunder Plains.