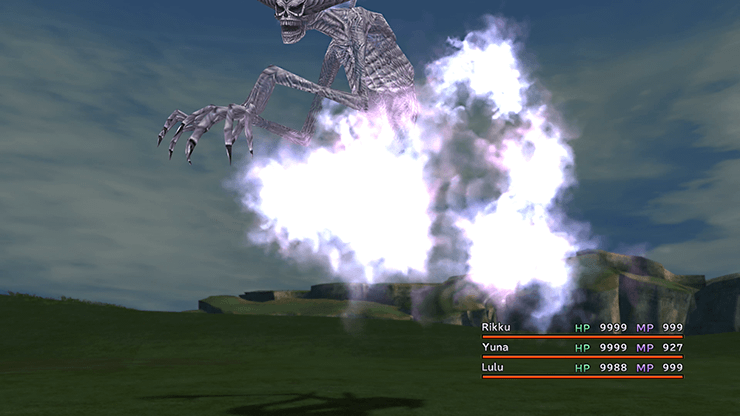 Ghosts are fairly easy to defeat. They can cast Doom on your party members, which will instantly kill them after a certain amount of time, but other than that, they are not hard.

Lancet on a Ghost to learn Doom for his Ronso Rage Overdrive.

They can be found anywhere inside the Cavern of the Stolen Fayth.