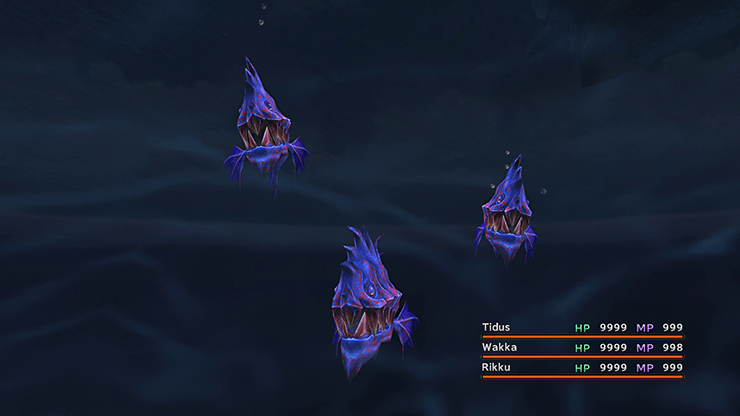 Splashers are one of the few underwater fiends that you can battle (and capture) for the Monster Arena. Because you fight them underwater, only Tidus, Rikku and Wakka will be able to participate in the battle, which limits the number of strategies that you can use to defeat them. That being said, they are very easy to defeat.

Each time you attack the Splasher group its numbers will most likely reduce by one, if you don’t manage to kill them all at the same time that is. If one Splasher is left alone it may use Self Destruct on your party members. Try to defeat them before they get an opportunity to use this attack.