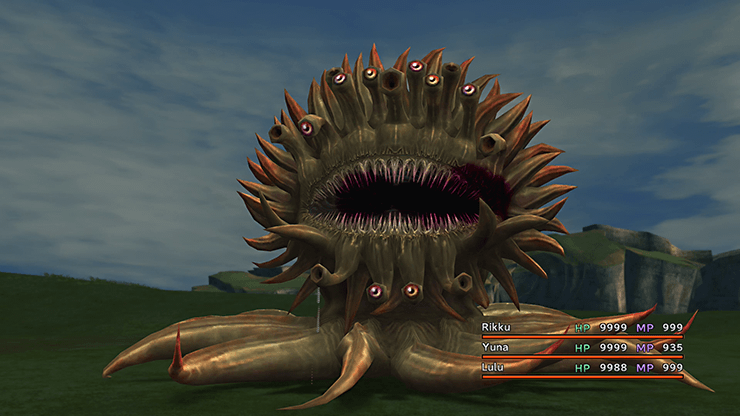 The most difficult aspect of battling a Malboro is its use of “Bad Breath”. This attack will render your party nearly useless unless they are protected with certain auto-abilities. Equip armor that can protect against Silence, Darkness, Slow, Poison, Confusion and/or Berserk. It likely won’t be possible for you to protect against all of these when you first arrive in the Calm Lands, but stack up as many as you can.

Lancet on a Malboro to learn Bad Breath for his Ronso Rage Overdrive.

Can be found in most places around the Calm Lands, but are most abundant in the northwest portion of the map and the areas near where Belgemine is standing. Malboros have a very low encounter rate so be patient and keep trying.