A legendary guard who defeated “Sin” alongside the great summoner Braska. For ten years, his whereabouts were unknown. As for his skill, he holds the sharpness of a sword that few enemy can match. - Instruction Manual 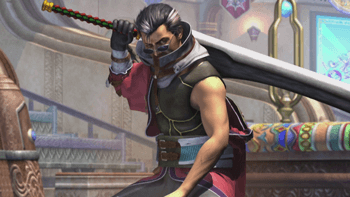 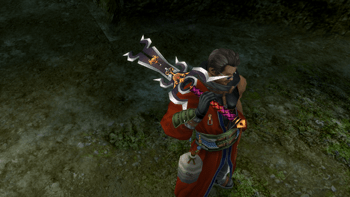 Author’s Note: Auron is one of the strongest characters in the game. While he is not ideally suited for the end game content, many players end up with Auron in their party. This is typically because Auron will have the highest HP and Strength stats in the game. During your first play through of the game there can be some benefit to including him in your party.

Aside from being an early powerhouse, Auron’s Overdrive (Bushido) is fairly mediocre. It requires the player to input a number of commands in order to successfully complete the attack. It continues to hit one opponent or multiple opponents for a single hit which means that other characters with Overdrives that hit multiple times will quickly overtake Auron.

Even if you do not use Auron you should make sure that at least someone in the party obtains the Armor Break ability (as well as the other Break abilities later on). They are extremely useful and almost a necessity for some boss fights.