You have now reached the final battle of Final Fantasy IX - the final showdown against Kuja. This battle can be completed as soon as you reach it while completing the story, which will make it fairly difficult. However, if you have been completing many of the side quests along the way, this battle will be relatively easy.

Note: you will need to walk all the way back through Memoria and the Crystal World again if you left to complete side quests. 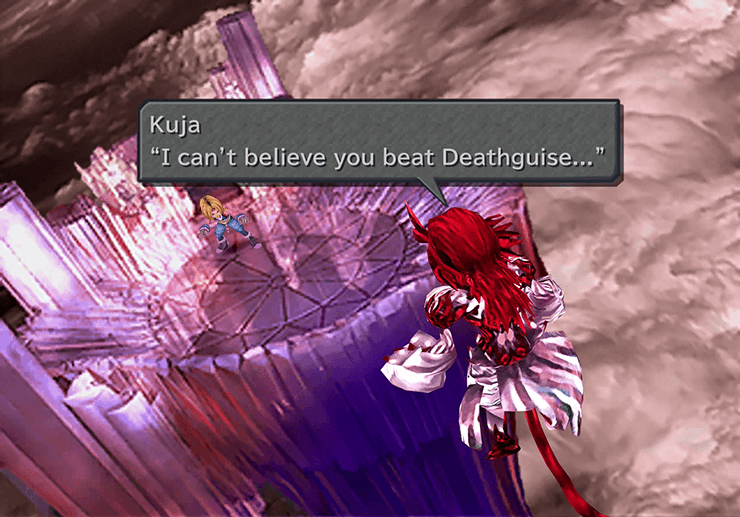 Curaga and Reflect on himself. Use Dispel to remove Reflect so that you can continue to hit him with magic attacks. 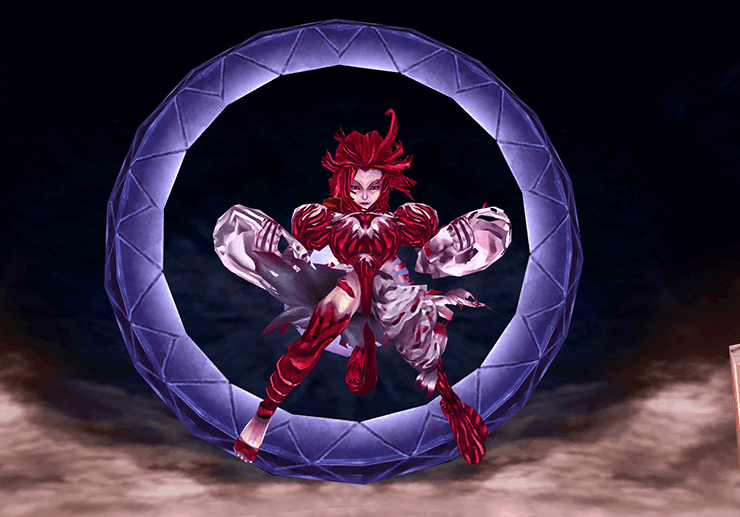 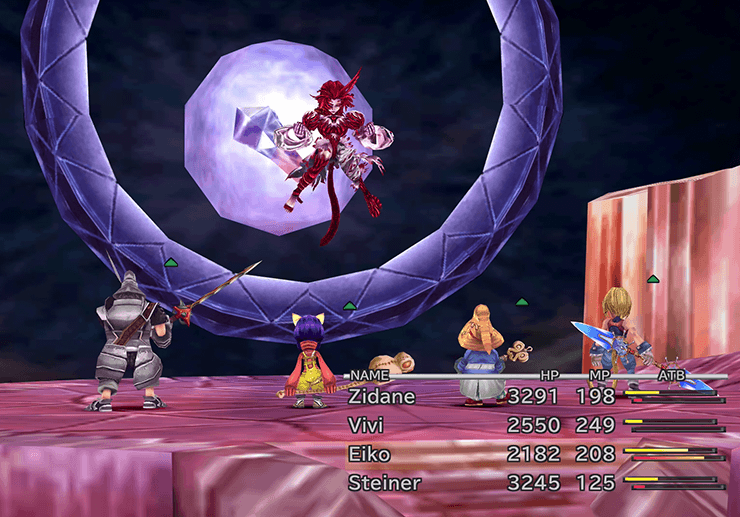 Focus on going all out with attacks and using your character’s most powerful abilities. There isn’t much in the way of strategy for this first fight. It acts more as a level and equipment check style of battle to see whether you can out damage Kuja. Use Shock, Flare, Dragon’s Crest, and Dagger and Eiko’s most powerful Eidolons to bring him down. 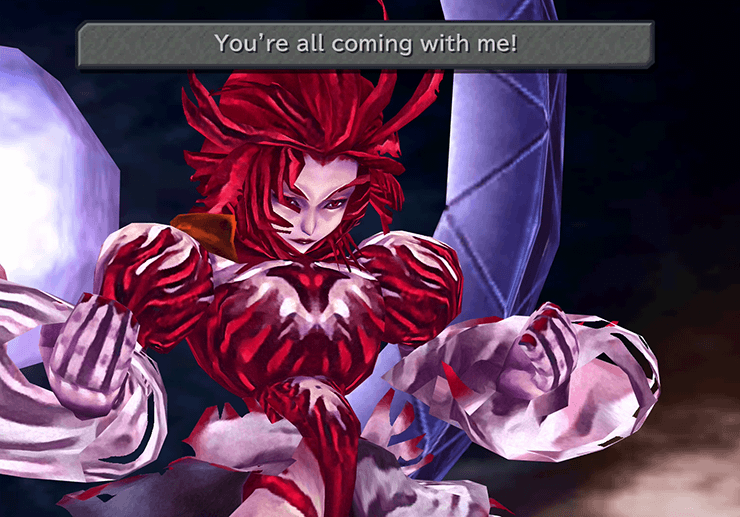 There isn’t much sense in stealing items in this battle or the next one considering the game will end once you have completed them. So don’t worry about stealing the items below.

There is another short cutscene at the end of the battle. You will get one last opportunity to make any last changes to your party before the next battle begins. 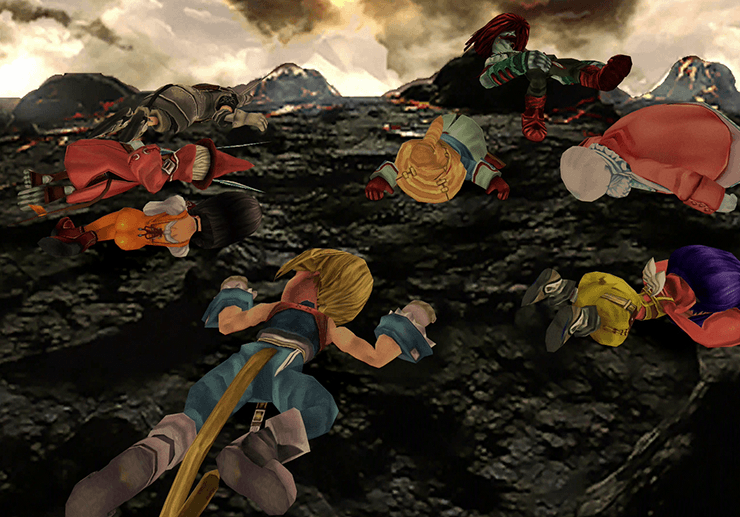 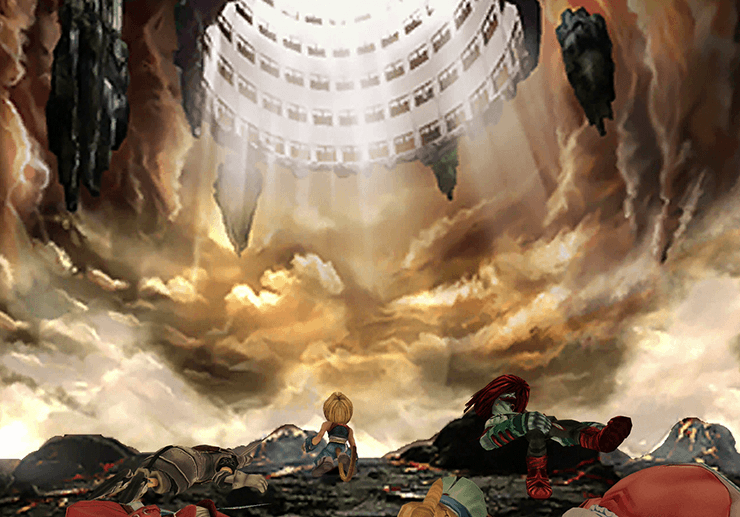 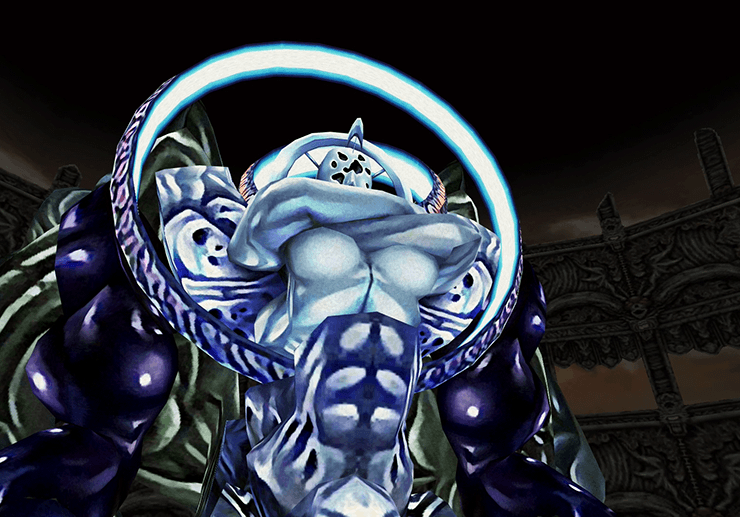 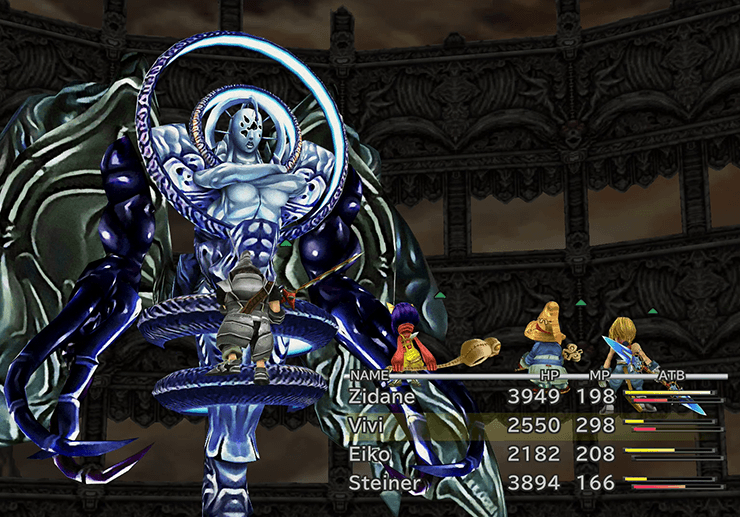 Preparation is everything for this battle due to the number of status effects that Necron can inflict. His moves include:

- Firaga, Blizzaga, Thundaga, Meteor, Holy and Flare
- “Blue Shockwave” which reduces a party member’s HP to 1
- “Neutron Ring” which deals physical damage to all party members
- “Grand Cross” which can inflict all possible status effects to every character at random
- Curaga, Shell and Protect which can all be cast on itself

Don’t go overboard with this fight. Be prepared by having either Dagger or Eiko (whoever your primary healer is) on standby ready to heal up your party after taking damage and be ready to use a

Remedy and other healing items as required. This is especially important for dealing with “Grand Cross” as quickly as possible.

Now is the time to make use of all of your most powerful items (i.e.

Elixirs) and attacks (Shock, Holy, Flare, etc.). Use Quina’s Blue Magic abilities to protect the party if you have Quina in your party. 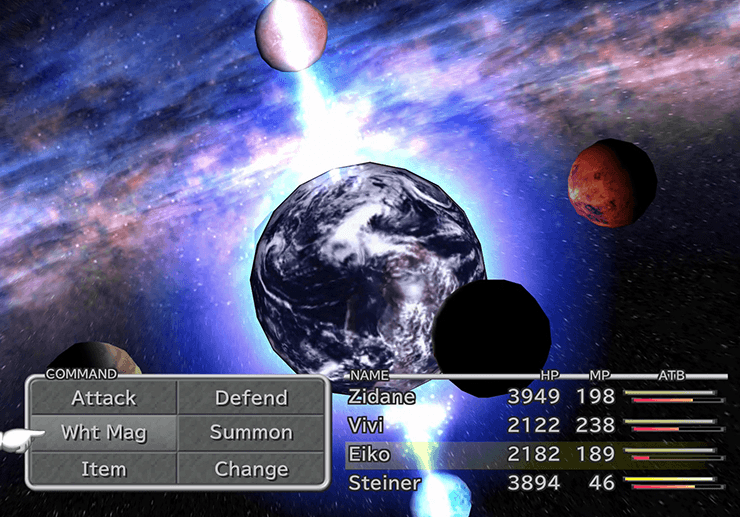 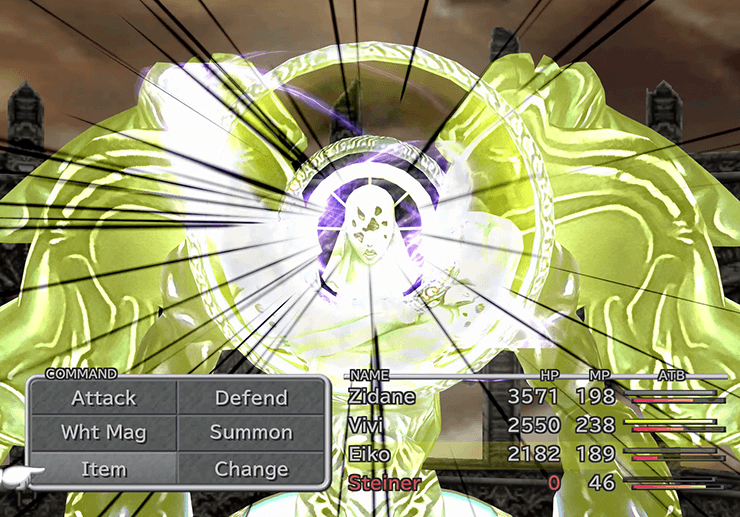 Continue with the barrage of attacks until you bring him down. Thankfully he doesn’t have too much HP so the battle does not take too long. 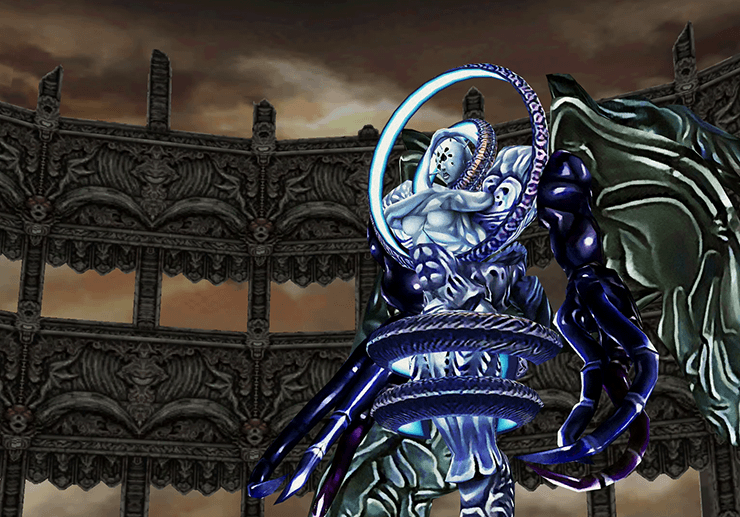 And that is the last battle of Final Fantasy IX! Congratulations! You have successfully completed the game. 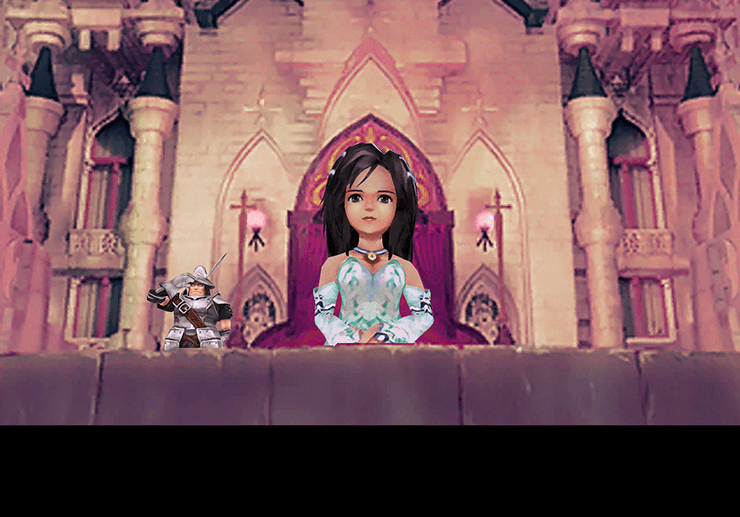 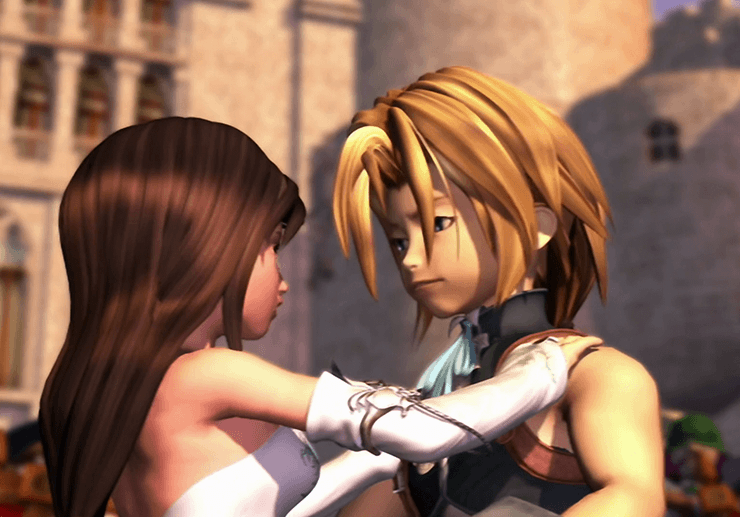 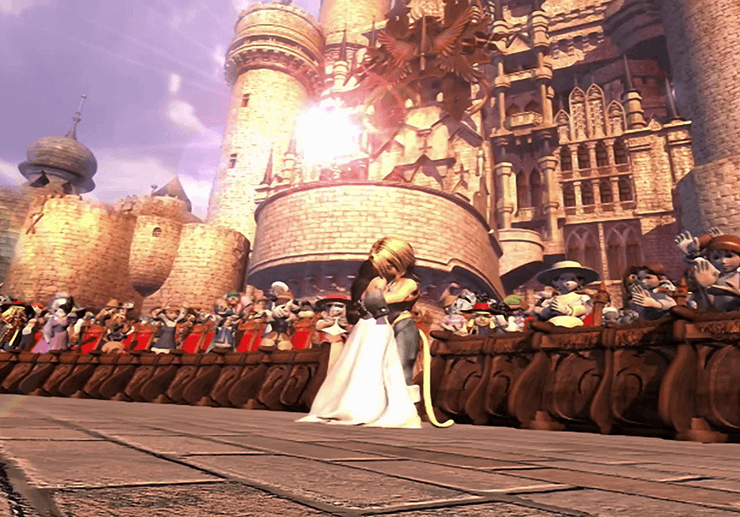 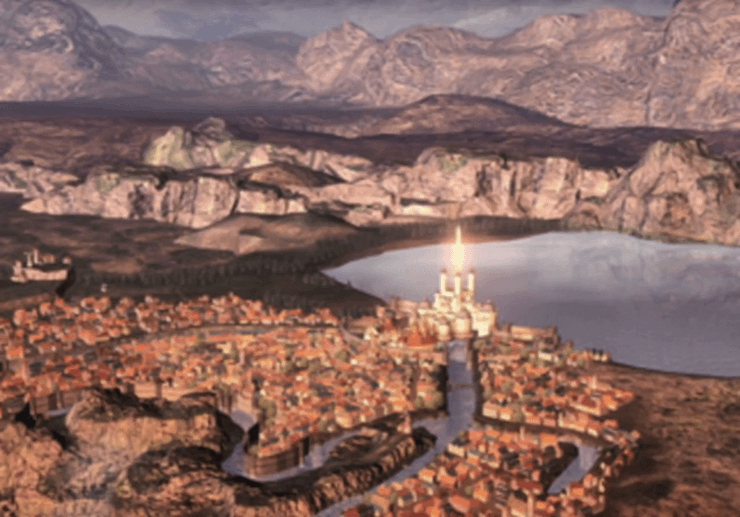 Included below is a replay of the final cinematic:

I certainly hope that you have enjoyed this walkthrough. If you have any comments or suggestions, please use the contact page to send me an email any time. Thanks for reading! 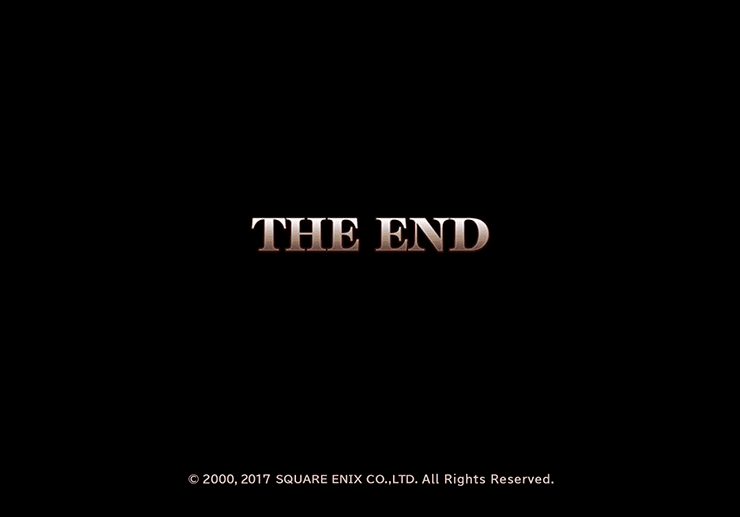