There are three new Blue Magic spells that you can obtain in Mount Gulug:

Bad Breath from a Worm Hydra (4,846 HP) if you missed obtaining it earlier

Travel down the pathway away from where Moolan the Moogle going towards the right side of the screen and proceed through the huge double doors. 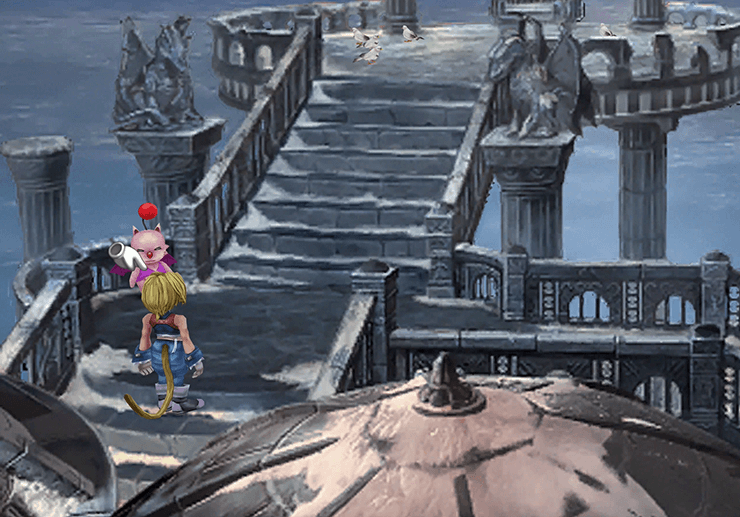 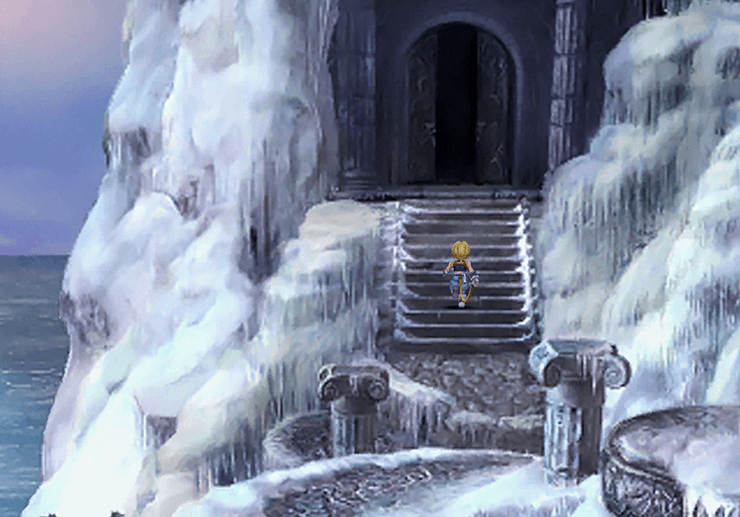 Start off by taking the pathway to the left and into the building. Search the lower area of the screen to find 9,693 gil and search the rubble on the upper floor to find an

Red Hat. Climb back up the ladder and return to the entrance. 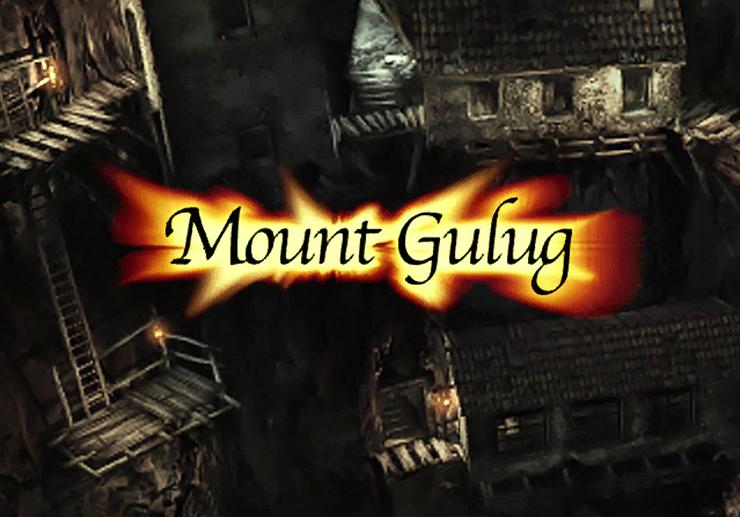 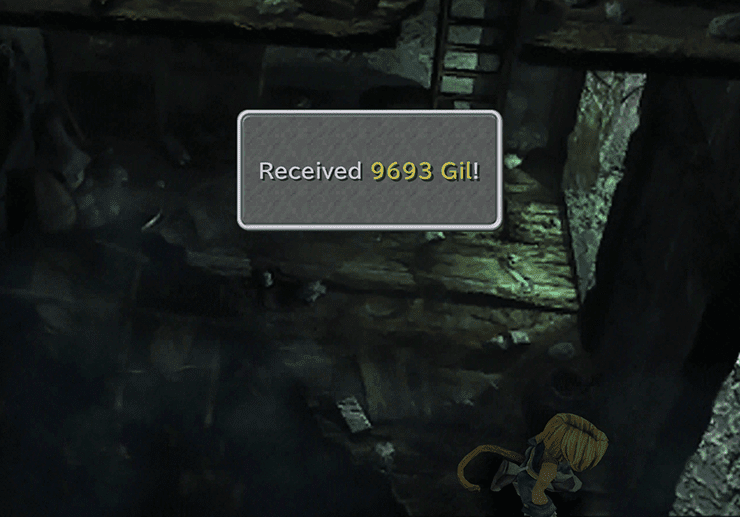 Enter the building on the right side. Go all the way through the building and past the well by jumping up to the platform on the far right side of the screen (a field icon will appear indicating where you can jump). 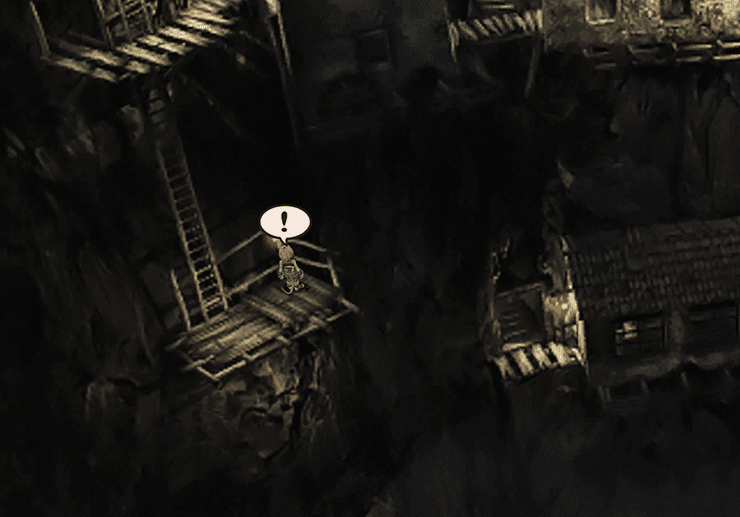 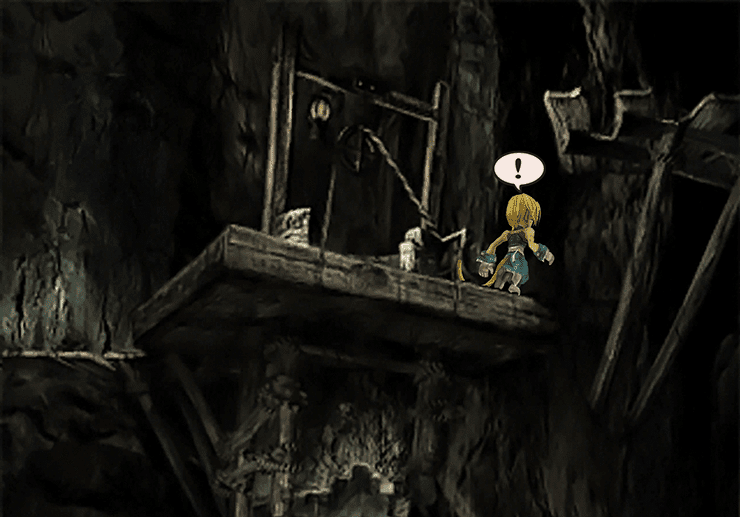 Golden Hairpin. Backtrack back to the well. 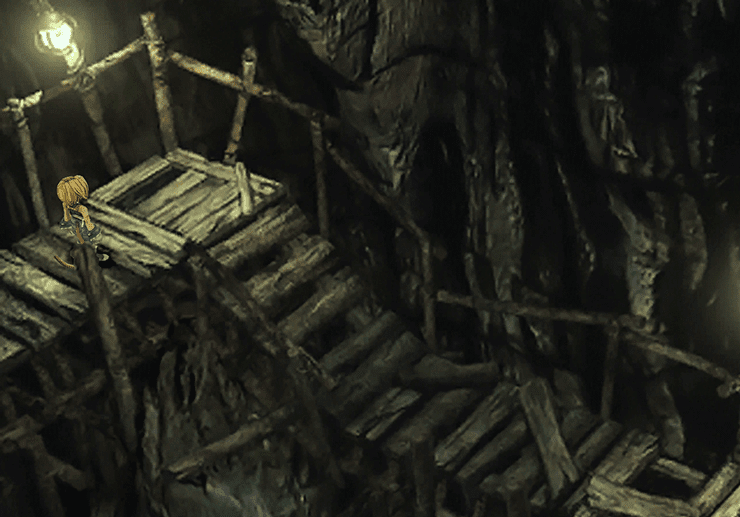 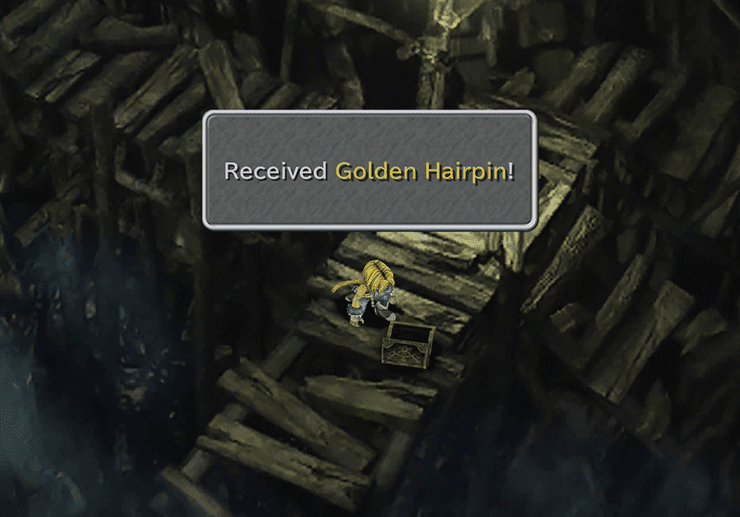 Approach the well and another field icon will appear. Slide down the rope in the well down a level and then travel to the right. Moolan the Moogle is standing in the corner of this room. Select the Mognet option to deliver the letter from Mogrika to Moolan.

Select the Mognet option again and Moolan will provide Zidane with a letter for Mogtaka. Moolan will also give Zidane a Kupo Nut if he doesn’t already have one in his possession. You can take this opportunity to return the Kupo Nut to Gizamaluke’s Grotto for a random item as part of the Kupo Nut side quest, though the items you can obtain are barely worth your time. 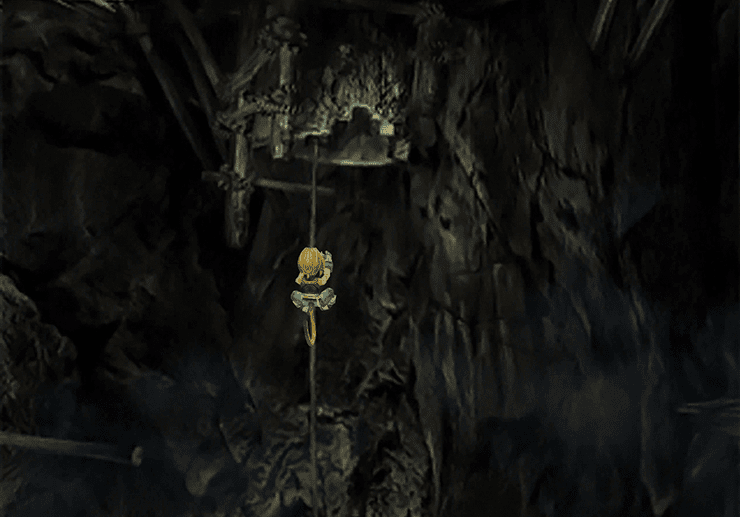 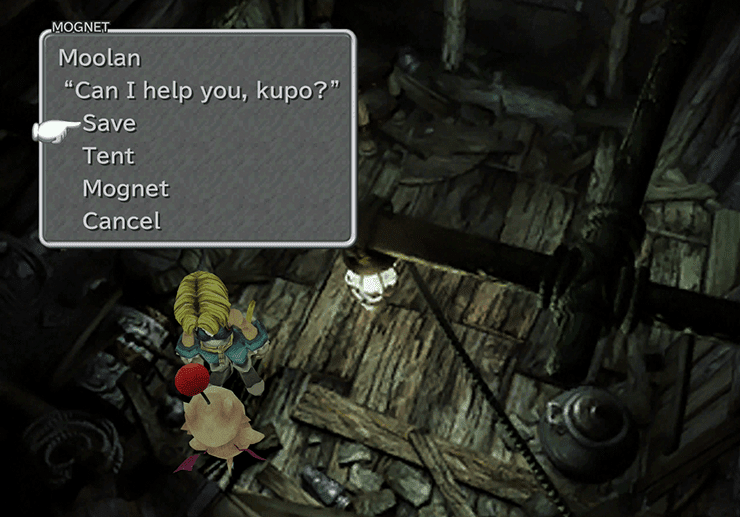 Wing Edge item hiding in the bottom right corner of this room. Go through the doorway on the right side of the house and proceed down the pathway. Follow the platforms to the upper level and back out into the previous room to find a hidden

Gaia Gear at the end of the path.

On your way back you will be ambushed by two Red Dragons. These are the enemies that Quina can learn

Twister from and they can be incredibly difficult to defeat. Twister can do massive damage to each of your party members so you may want to take some time to equip them with equipment that is resistant to wind-based attacks such as

Another useful tactic against them is to use Quina’s Blue Magic spell,

Bad Breath, to inflict a barrage of status effects on them (including Confuse, Darkness, Mini, Poison or Slow depending on how lucky you are). 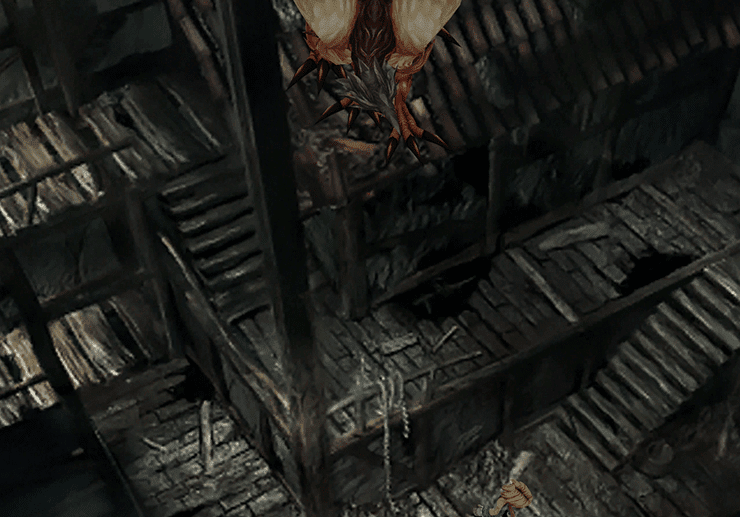 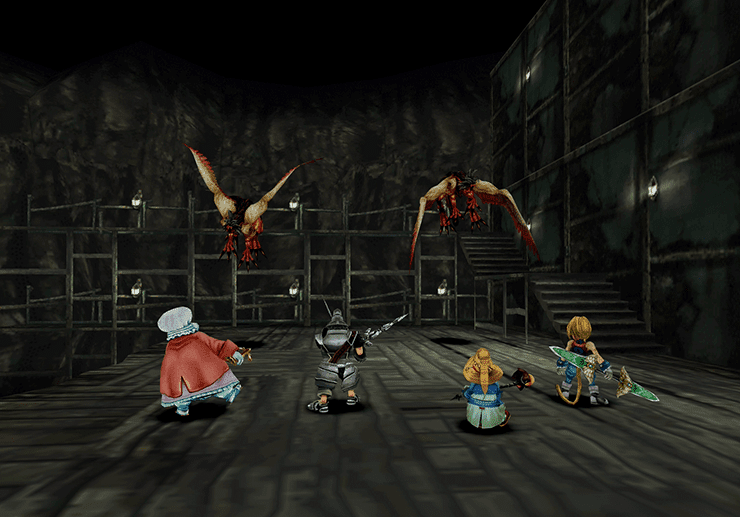 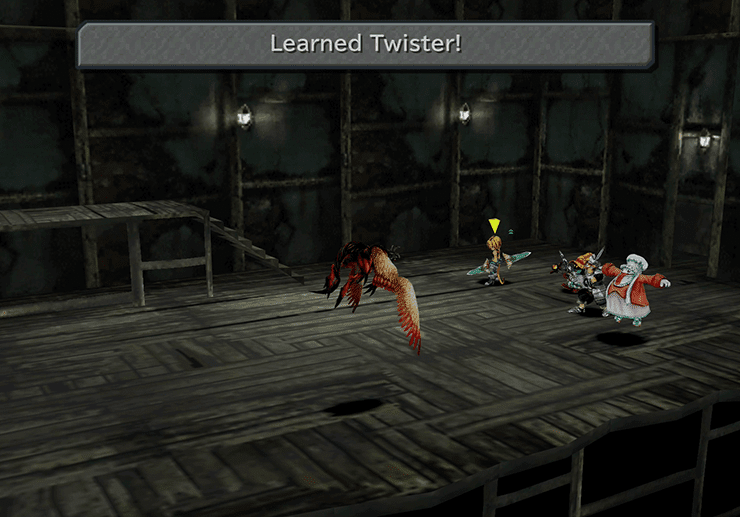 Travel back past Moolan to the well and then take the pathway leading off to the left away from it this time. Go inside the building at the bottom of the screen and open the treasure chest to obtain

Demon’s Mail. Exit the house and take the pathway leading north just outside the house. 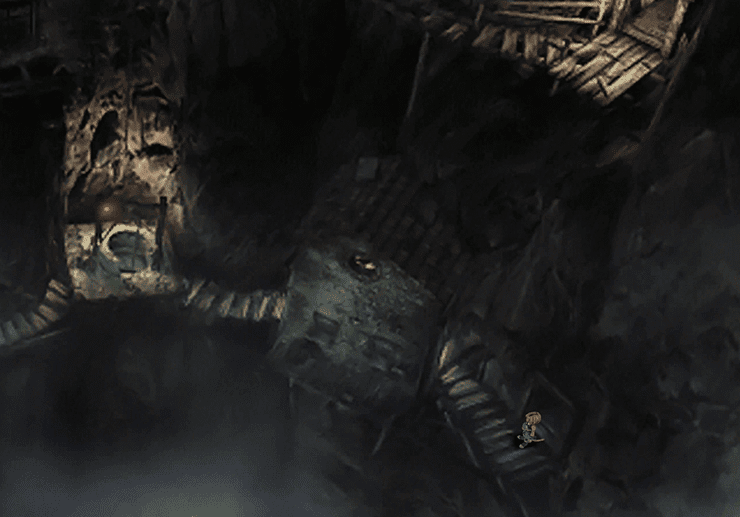 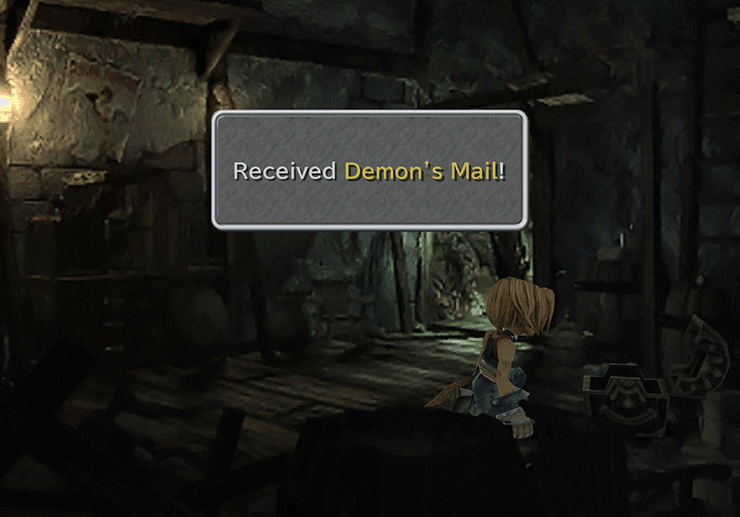 Mogtaka the Moogle is standing on the upper platform of this room. Select the Mognet option to deliver the letter from Moolan to Mogtaka. Mogtaka also runs a Mogshop where you can purchase basic consumable items if you need any.

Go up the stairs out of this house and into the house on the right. The party will be ambushed by a Red Dragon that breaks through the wall. This time its just a battle against one Red Dragon though making it a much easier fight than the previous one. Grab the chest at the end of the fight to receive an 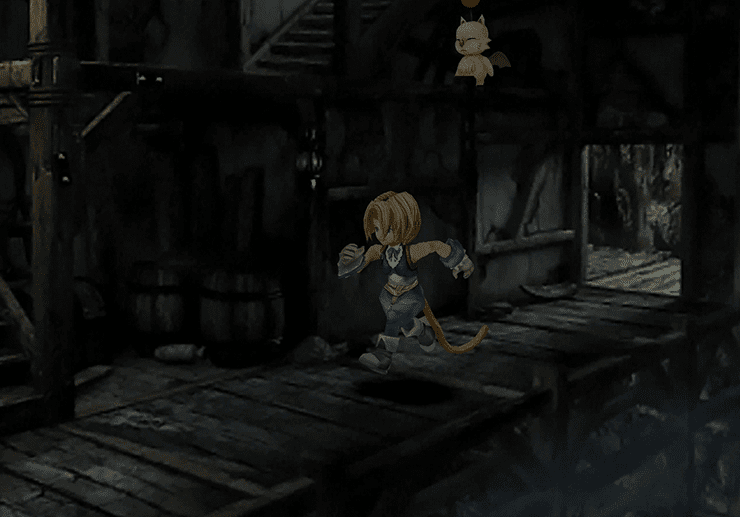 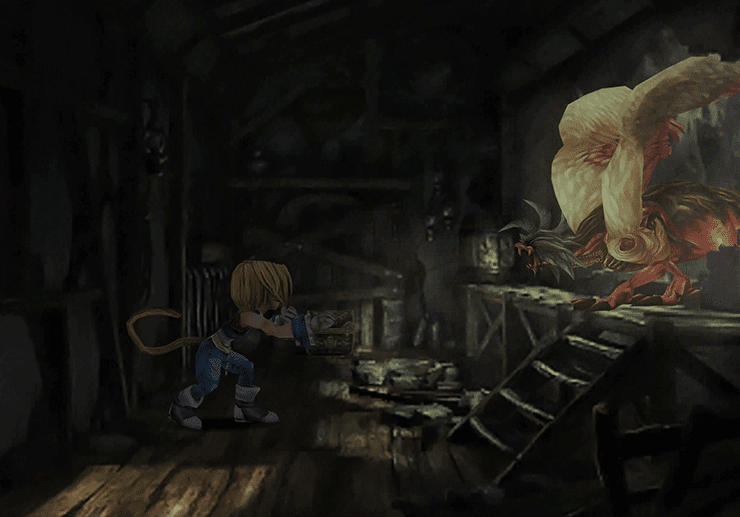 Tent if you need to). Return to the well and find the lever on the left side of it. Choose to flip the lever down three times and then slide down the rope to the level below. Two more Red Dragons will attack once you reach the bottom. 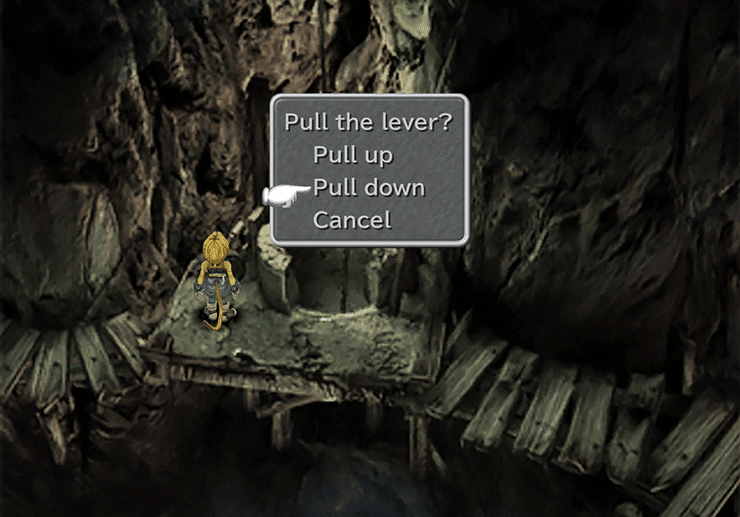 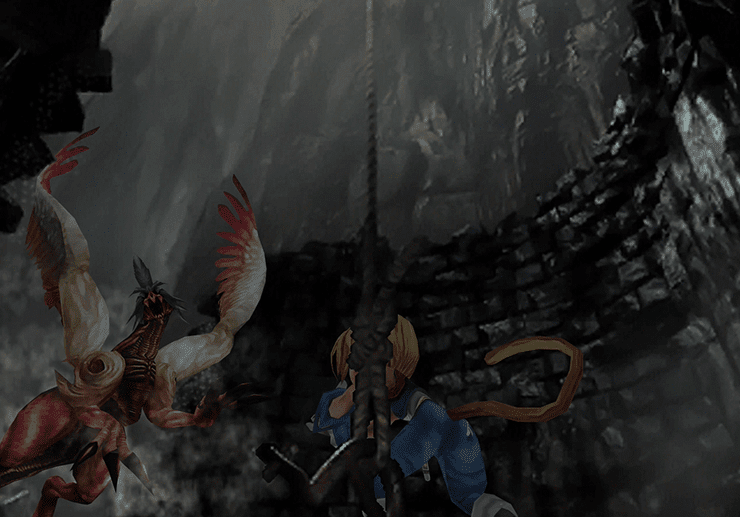 Go through the broken down wall after you have defeated the two red Dragons. There are a few cutscenes involving Eiko, Zorn and Thorn. There will be a short battle sequence as well involving the three which is completely automated. You will automatically receive a

Ribbon item during the cutscenes and then you will be thrown into battle against the next boss. 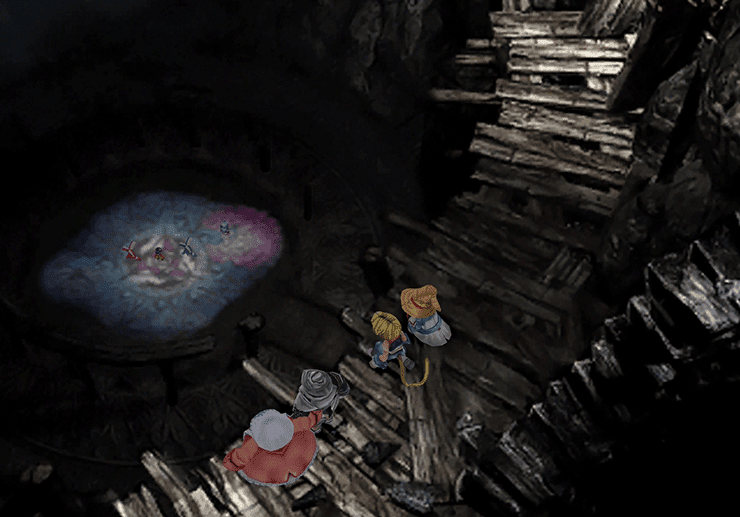 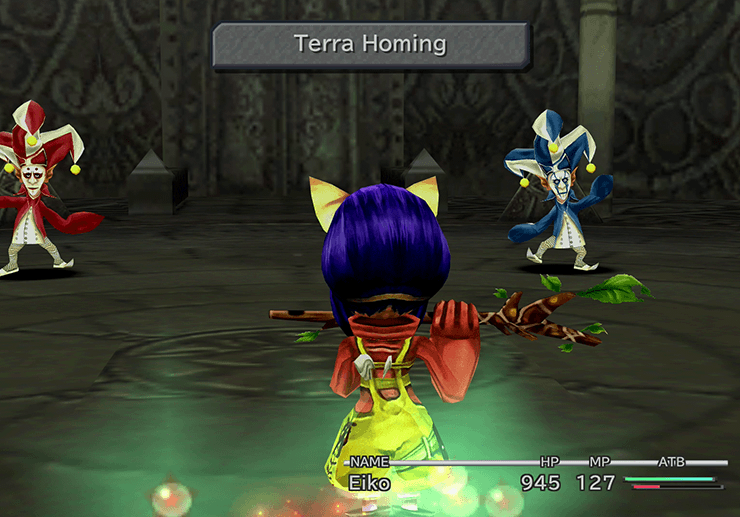 This is a relatively easy fight. Try to have Zidane steal each of the items and try to keep the Virus status effect off of each of your party members by using

Vaccine items as they become inflicted.

Have either Eiko or Dagger cast the

Antibody ability equipped if you are having trouble with the fight. 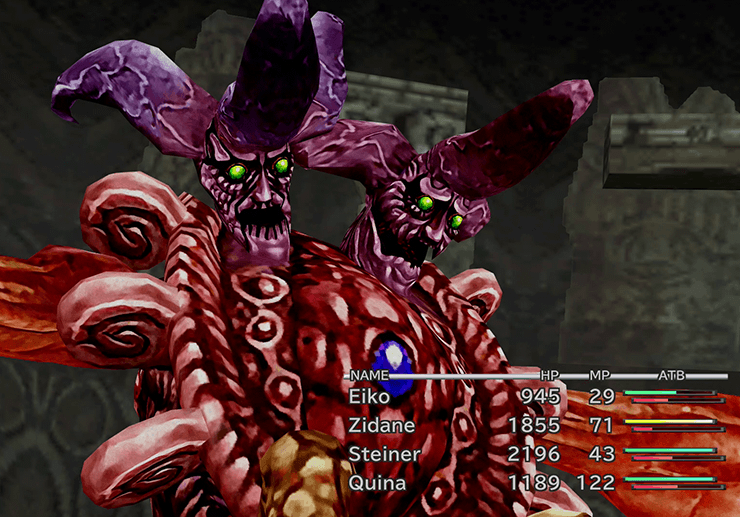 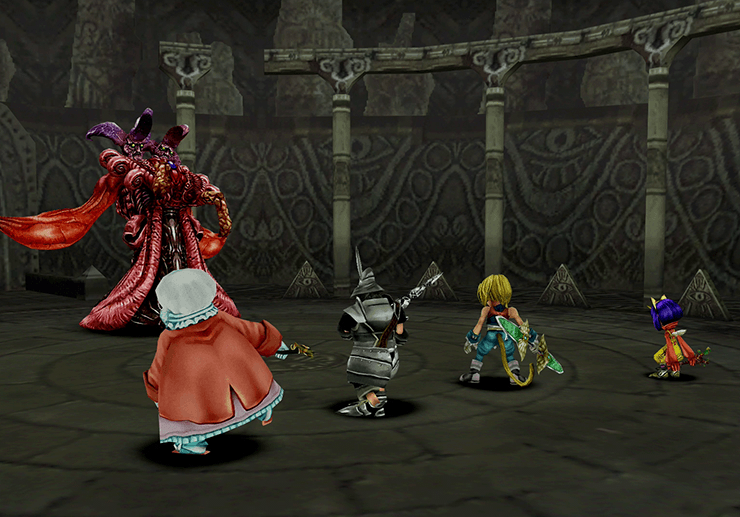 There are another few cutscenes to watch after the battle including the rescuing of Hilda and Cid transforming back into his human form. The game continues back in Lindblum Castle. 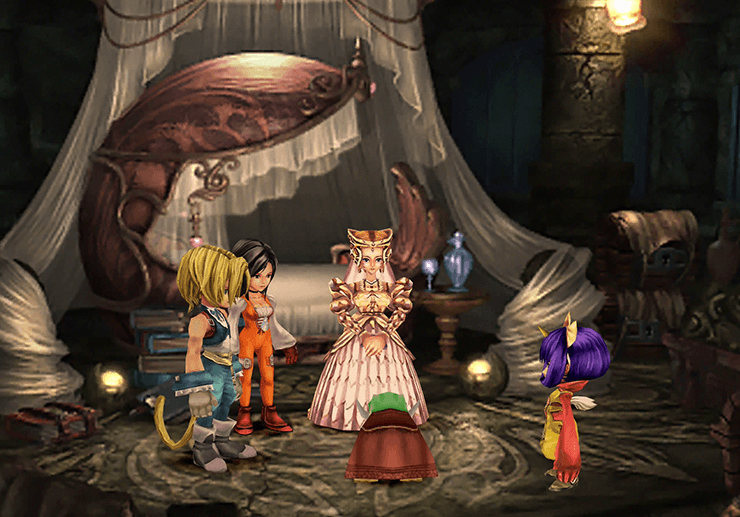 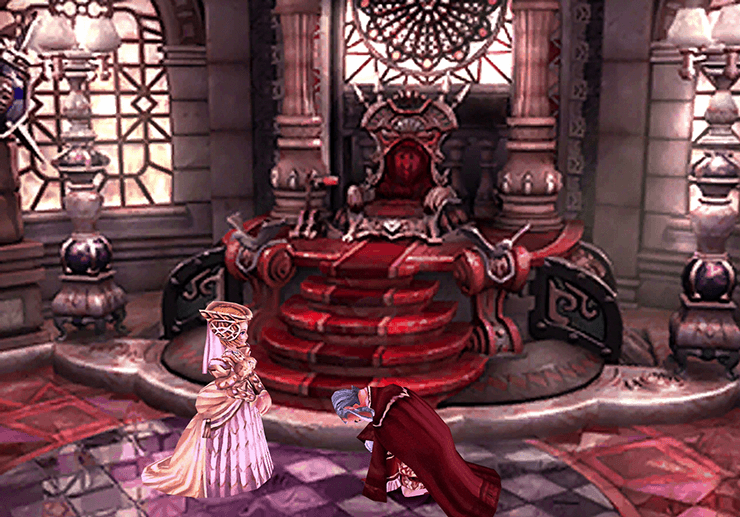