A cheerful sportsman who lives day by day. A player in a water competitive ballgame called Blitzball. He dislikes his name because his father was a famous player of Blitzball. Good against agile opponents. - Instruction Manual

Note: You are given the option of naming the main character and protagonist. He is referred to as Tidus throughout this walkthrough and strategy guide. 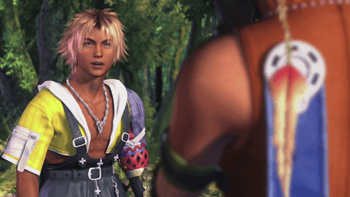 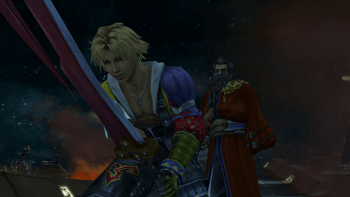 Author’s Note: Tidus is technically not going to be your strongest character at any point in the game, but even if he isn’t doing the most damage (Auron/Wakka will do more damage in no time) he has huge versatility. He’s also the main character so he will be involved in most of the fights anyway and will level relatively quickly.

Some of Tidus’ abilities are critical to some of the boss battles including Cheer, Haste and Hastega. He also has the ability to use the Flee command so that you can ditch out of unnecessary battles. Finally, Tidus has one of the stronger Overdrives.