Proceed north from Mr. Holzoff’s cabin when you are ready to begin your ascent up the cliff. 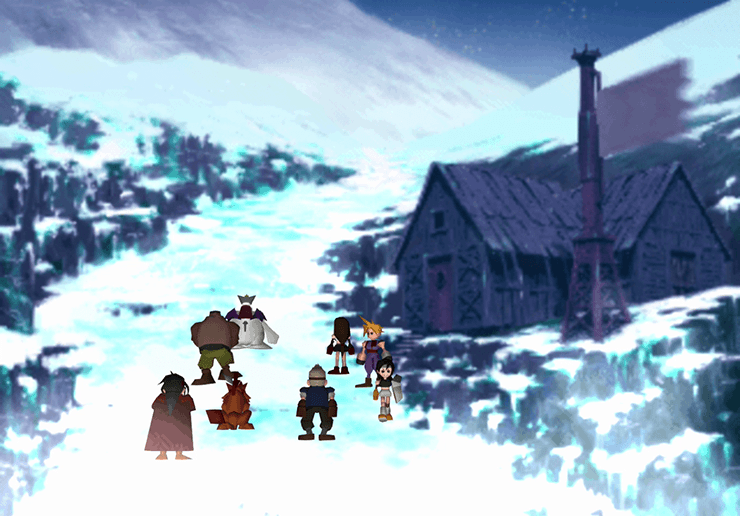 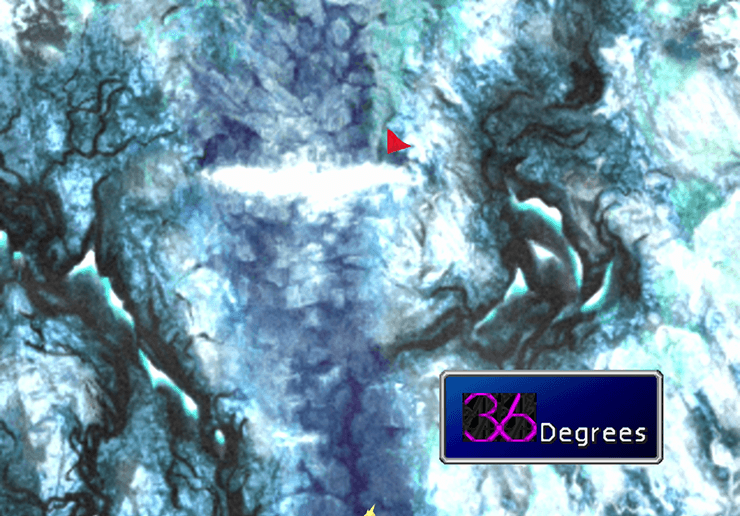 You will need to keep an eye on your body temperature as you work your way up the cliffs. Cloud will be okay as long as his temperature stays between 26 and 38 degrees. If it falls below 26 degrees he will pass out and wake up back in Mr. Holzoff’s cabin. For safety measures it is recommended that you keep your body temperature at 30 degrees or higher during your climb.

There is an enemy in this area called a Stilva (pictured below). This enemy has two Enemy Skills that you can learn on your

The first and most important skill is called Trine which can be difficult to learn later on in the game. Stilva will never use Trine on its own though - you will have to use Manipulate from the

Manipulate Materia on it and have it cast the move on your party.

The second is called Magic Breath. You can also learn the Bad Breath Enemy Skill from the Malboros that roam the area. 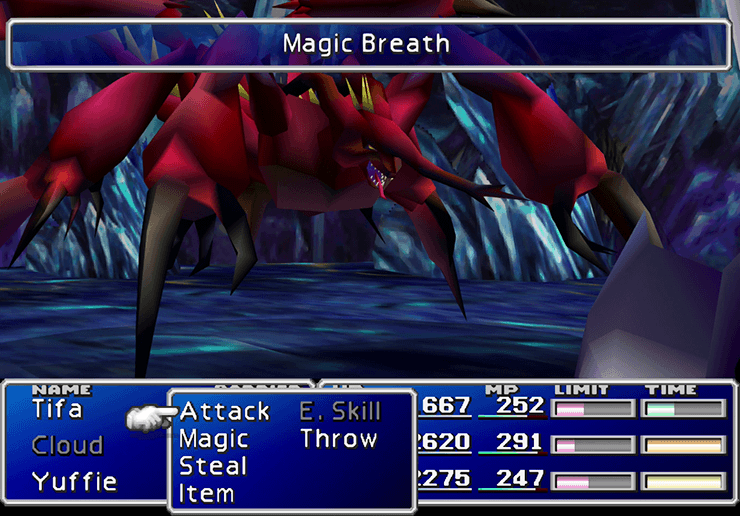 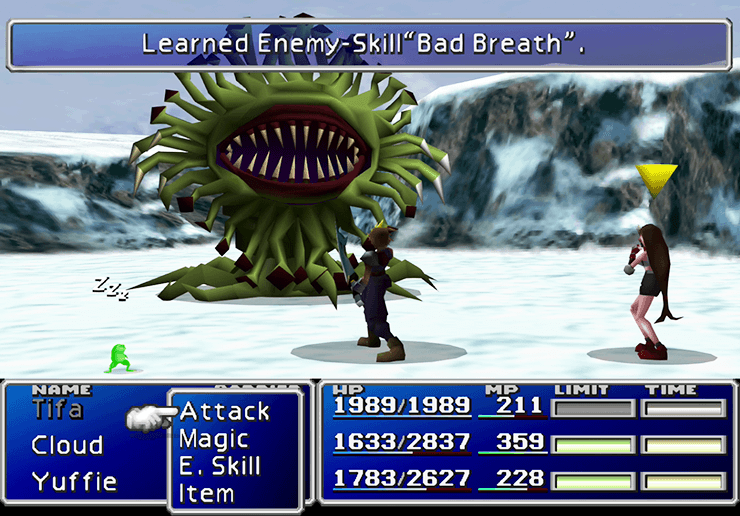 The first section of Gaea’s Cliff is entirely linear. Stop off at each of the waypoints with the red flags to reheat yourself. Continue along until you reach the first cave. The temperature gauge will disappear after you enter the cave and you will no longer be required to heat yourself up.

Inside of Gaea’s Cliff (The Cave)

Travel north under the bridge and through the door leading into the next section of the cave. Take a left and then travel south when you reach the corner to re-enter the previous room. 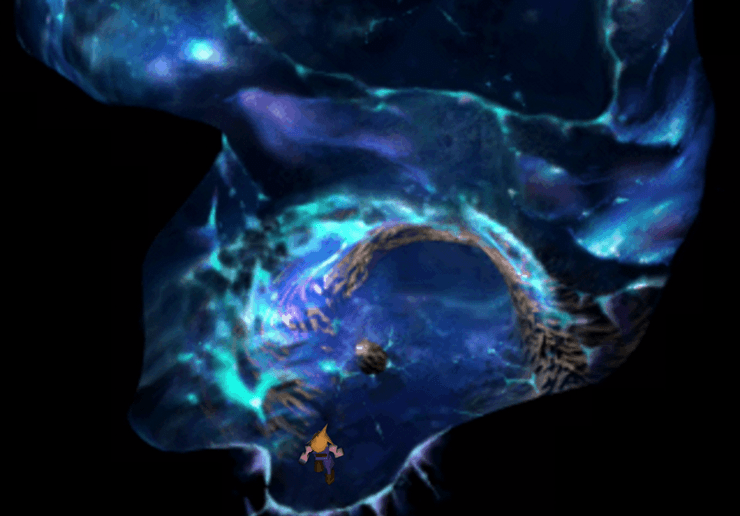 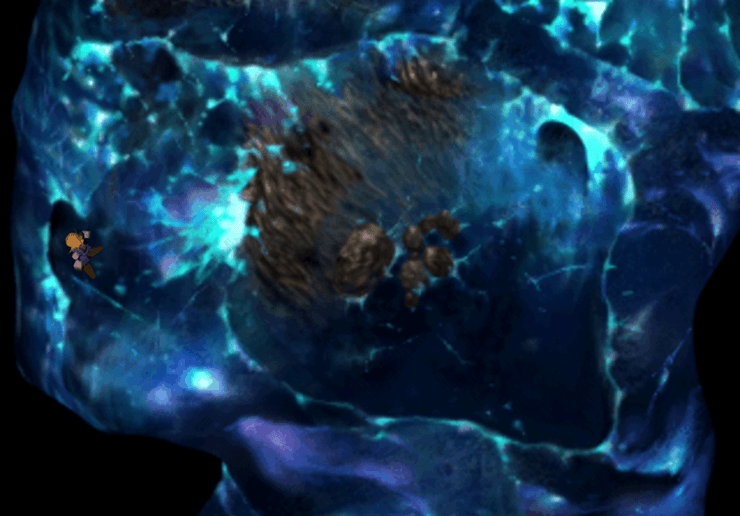 Cross the bridge and continue going right to enter a secret room. Use the screenshots below to help guide you. There is a

Ribbon accessory in the treasure chest of this hidden room.

This is one of the most powerful accessories in the game. Do not miss this item! In fact, a number of the enemies in the Gaea Cliff’s will hit your party with status effects. It would be a good idea to equip this

Ribbon on one of your characters as soon as you pick it up. 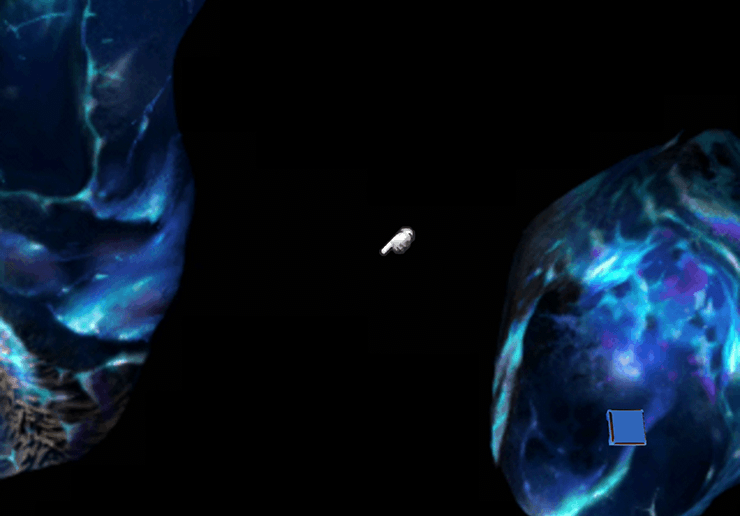 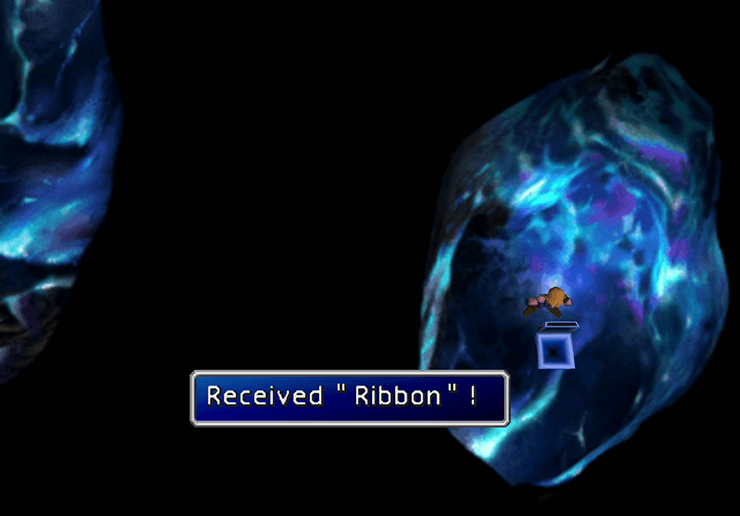 Proceed through the doorway to the left of the treasure chest and continue north until you reach the upper level. Examine the boulder and choose to “Push the rock over”. This boulder will remove the icicles that previously were blocking the pathway below. 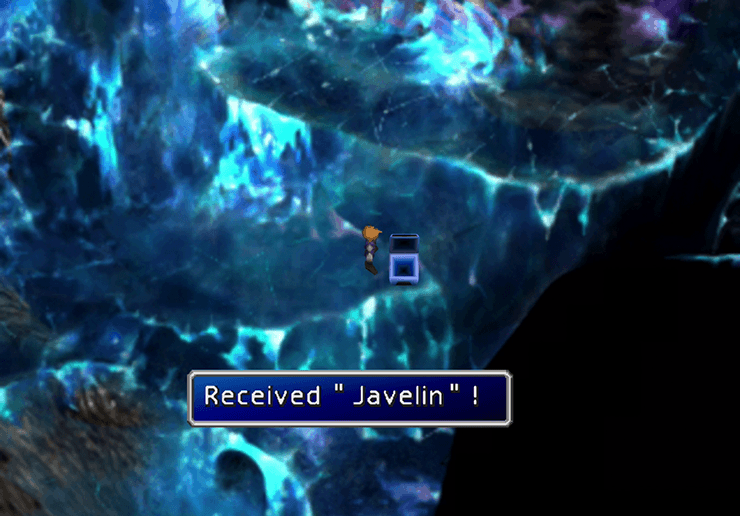 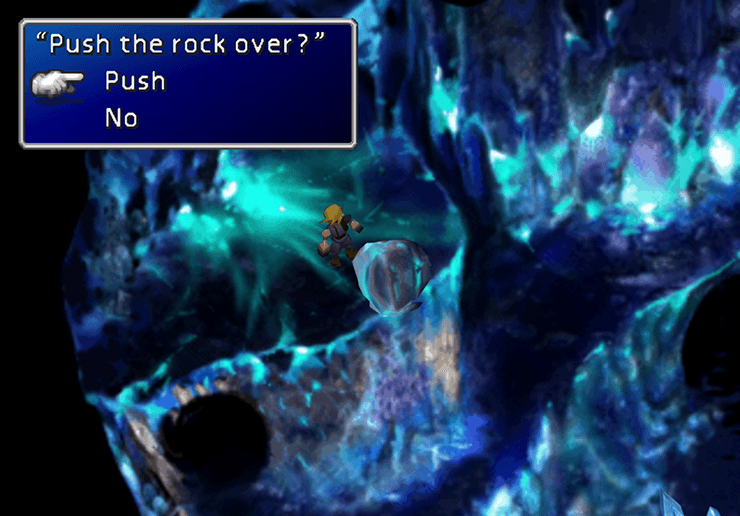 Backtrack all the way to the lower level and follow the newly opened ice pathway. Follow the pathway through the cave and around to the right side of the room. Continue down the next pathway out of the Inside of Gaea’s Cliff leading back out to the face of the cliff. 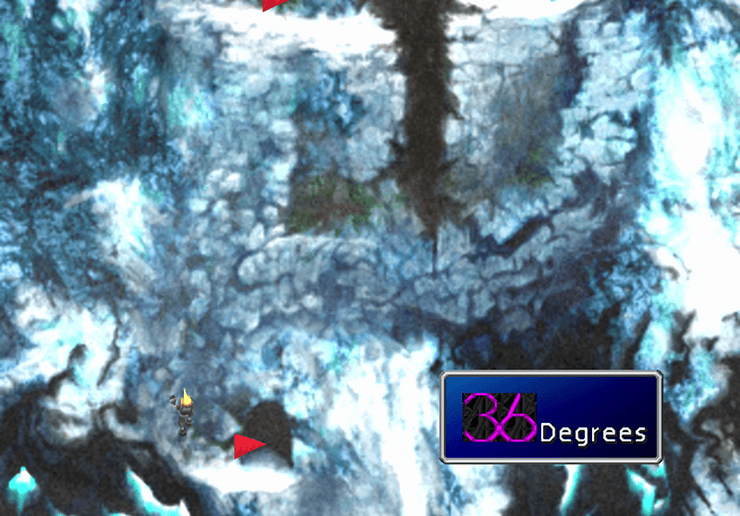 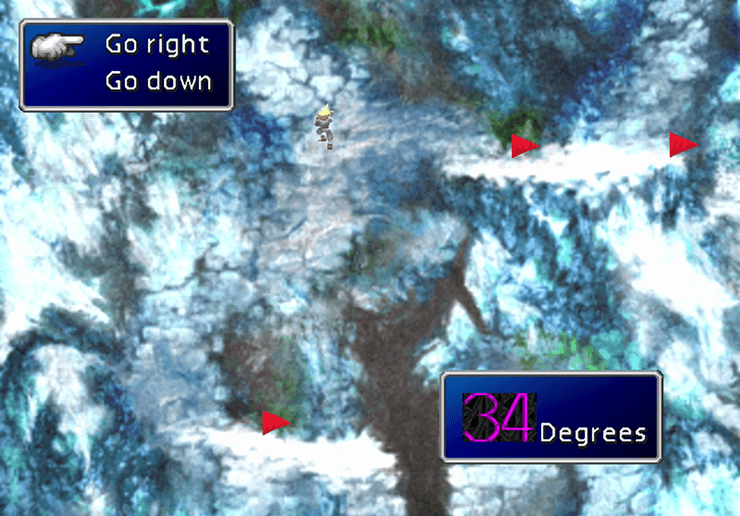 The second cave you reach is much larger. On the far wall is a

Save Point where you can save your game. There is a treasure chest in this area which contains an

Take the doorway on the right side of the room that leads back outside and follow the pathway all the way around to the right. 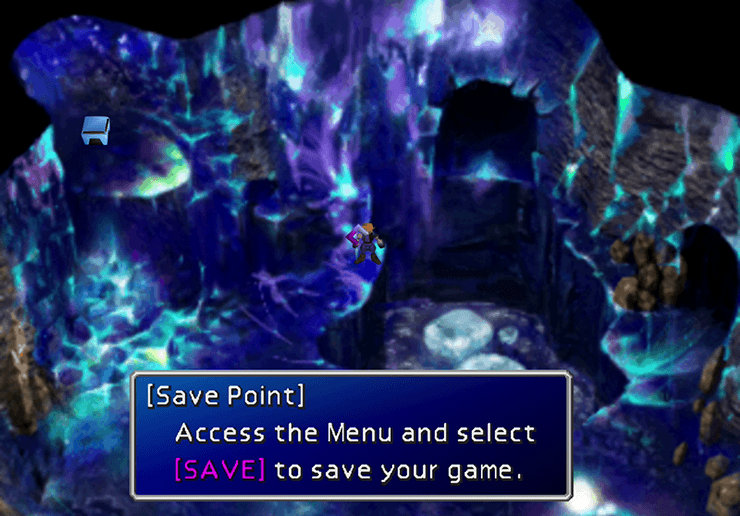 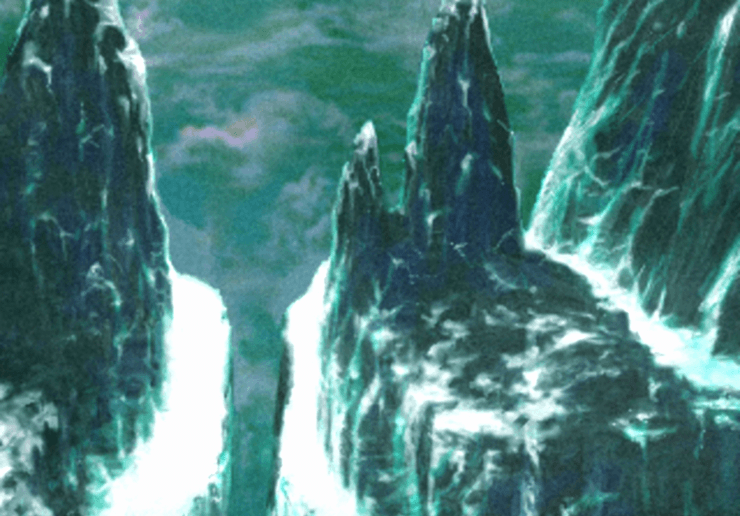 As you walk from the right side to the left side of the screen you will be thrown into battle each time you touch one of the four icicles hanging from the roof. 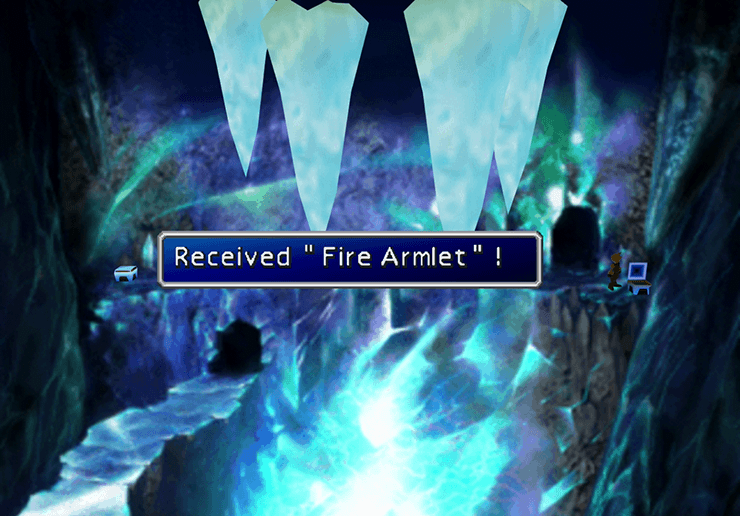 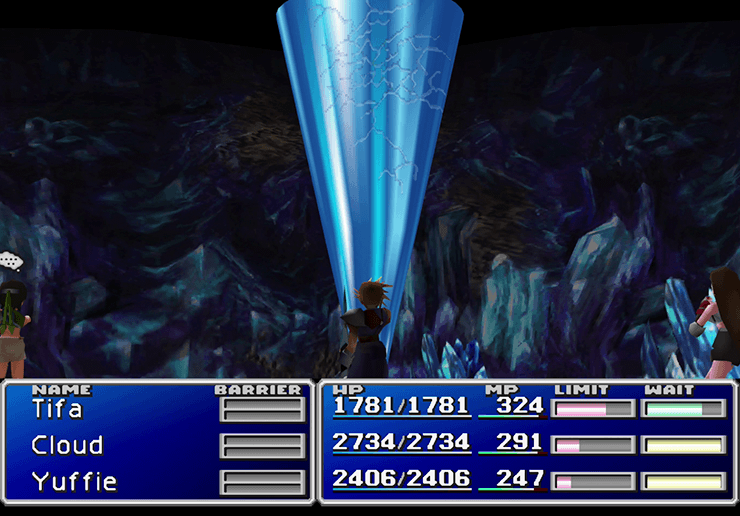 You need to defeat all four of them and as you defeat them they will drop down to the level below creating a pathway that you can hop across. Using the Trine or Beta Enemy Skill from your

Enemy Skill Materia is a fast way to end the fights quickly.

Megalixir which is incorrectly referred to as a “Last Elixir” in the game (corrected in the PlayStation 4 version of the game).

Walk along the edge of the pathway and once you get close to the doorway you will be given the option to “Jump down to the room below”. Select yes to jump down.

There is a treasure chest to the left of the

Save Point which is now available as a reward for defeating all four Icicles. The treasure chest contains a 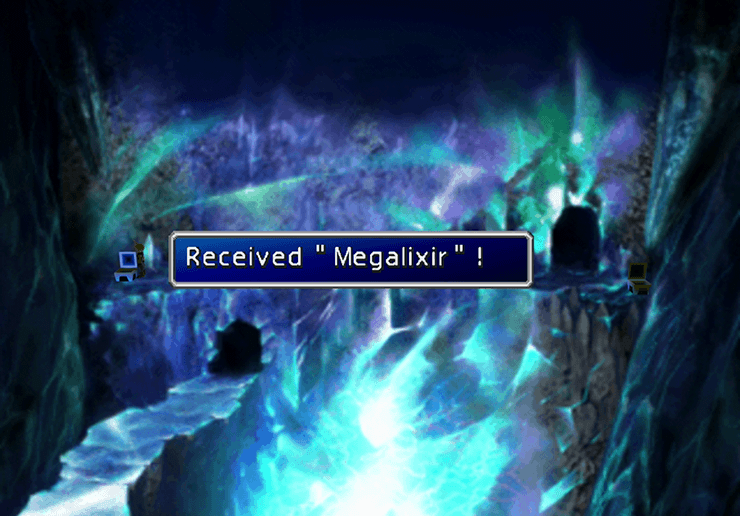 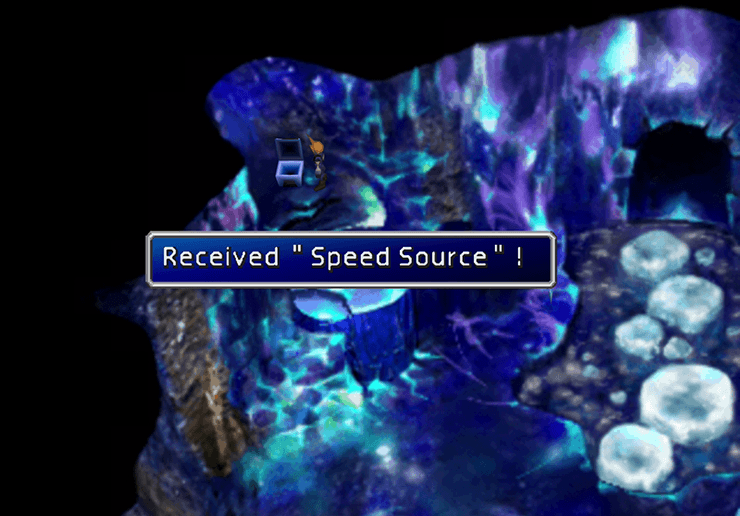 Save Point). The treasure chest on this pathway contains an

Enhance Sword contains a ton of paired Materia Slots but it has terrible Attack and Attack % stats. This sword is only good if you wish to have Cloud focusing on magic spells and summons as it will allow you to load him up with Materia.

Organics is better though if you wish to utilize Cloud’s standard attacks. Follow the pathway around to the left side this time. 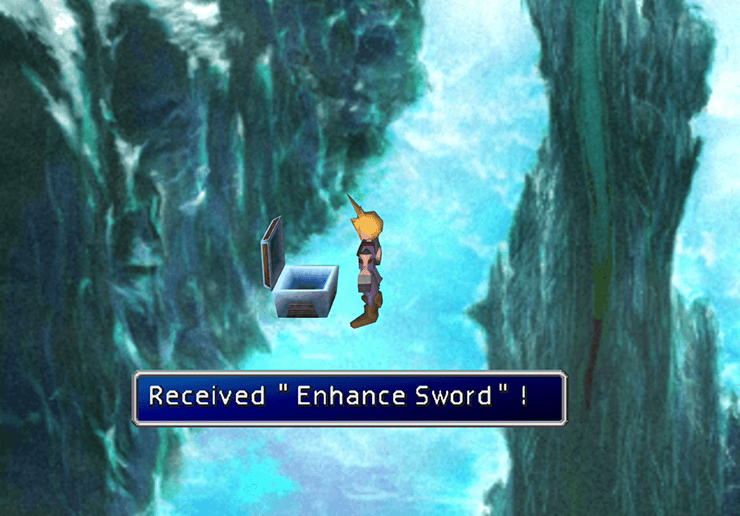 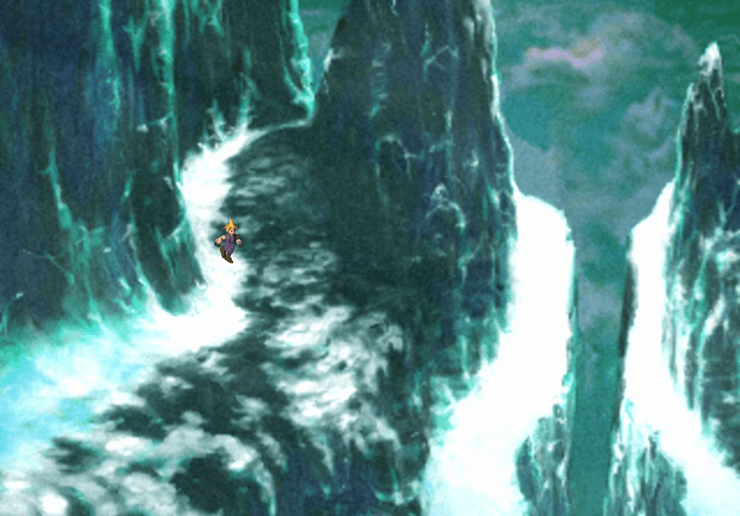 One last cliff face to climb. Choose to continue upward at both of the intersections. Use the

Save Point when you reach the next cave as there is a boss battle coming up. You can also touch the pool of water to the right of the

Save Point to fully refill your HP and MP. 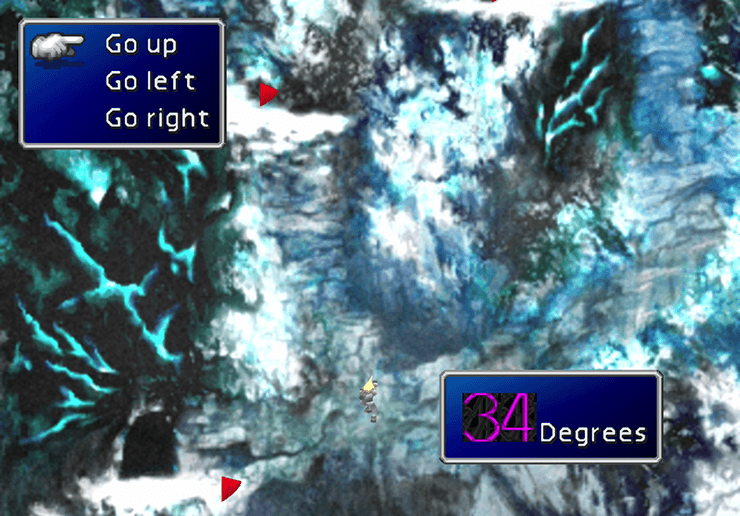 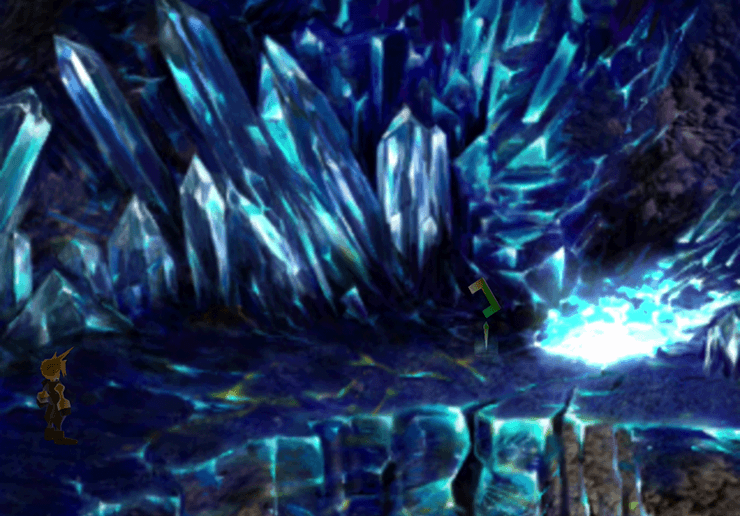 Dragon Armlets for defeating them. Dragon Armlets are fairly powerful pieces of armor and are especially helpful for the next boss fight. 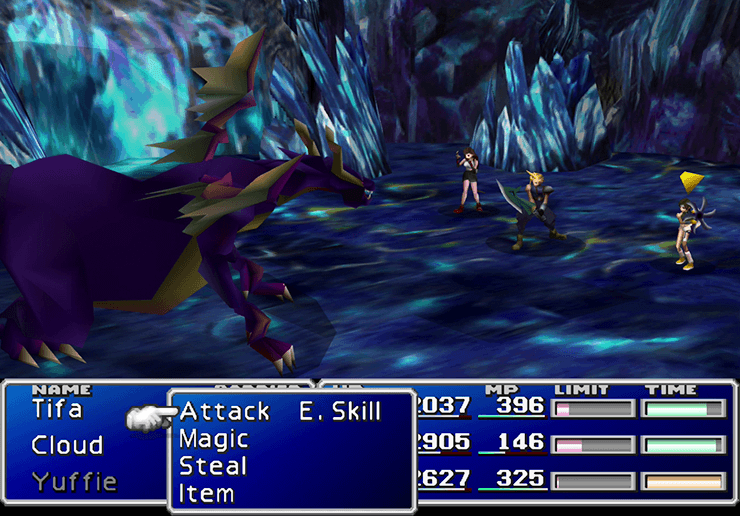 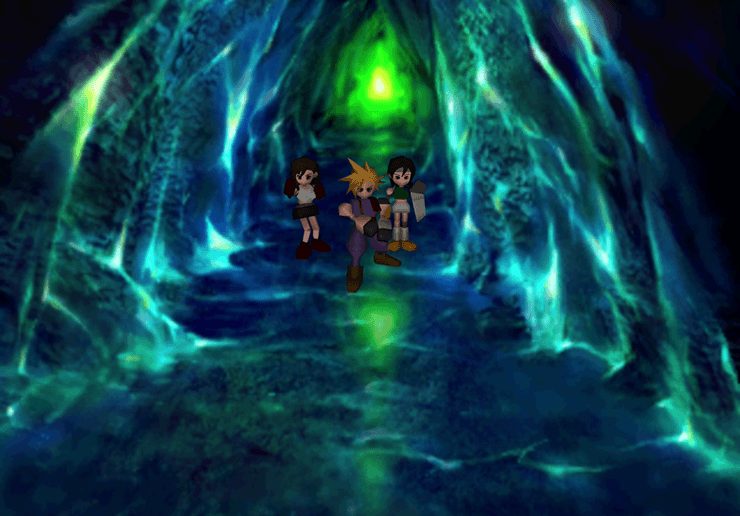 Preparation: Schizo, an upcoming boss battle, is an entirely elemental-based boss. They’re attacks will typically come in the form of Ice and Fire based spells. Equip your characters with the following items in preparation for the battle:

Bolt Ring accessories (you should have one of each)

Proceed to the right of the

Save Point when you are ready.

This boss battle is all about the preparation put in before the fight (included in the list above). Keep an eye out for the non-elemental attacks, use Big Guard to keep your team well protected and make sure to have

Steal Materia equipped and to steal a 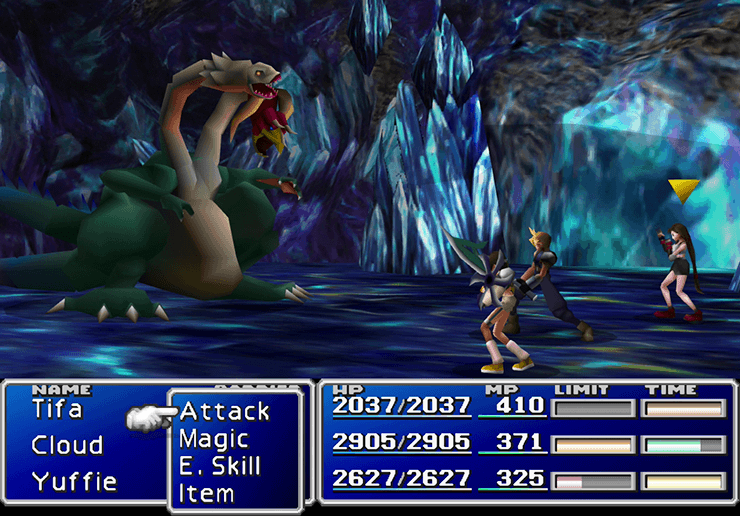 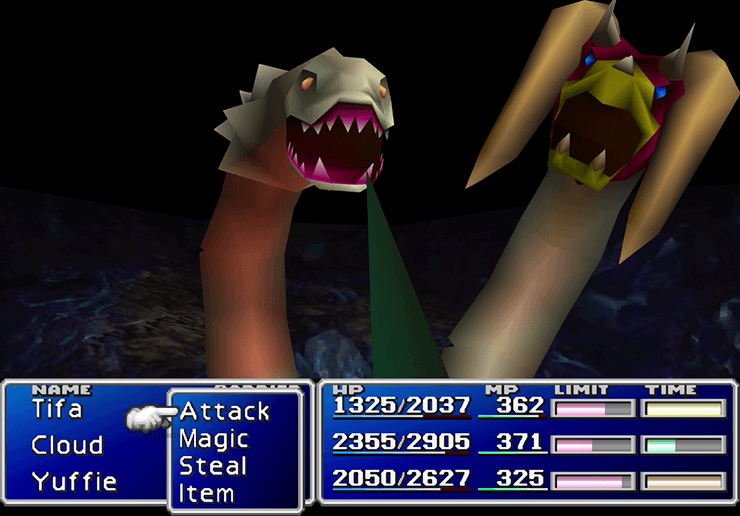 Save PointS. Proceed down the hallway and climb the last cliff afterwards towards the Whirlwind Maze.