The Scarecrow’s Song can be used by adult Link later on in the game to call forth Pierre the Scarecrow. Return to Lake Hylia and play the song for Bonooru again and then adult Link can use the Hookshot or the Longshot to reach the various locations where Pierre appears. The locations where you can find Pierre are not immediately obvious. In fact, the only clue indicating where Pierre will appear is when Navi flies off to a random point and turns green.

Make sure to stop by and speak with the Scarecrow as young Link. This guide indicates many of the areas where you can find Pierre. 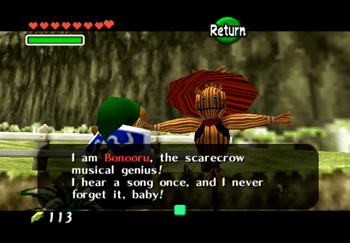 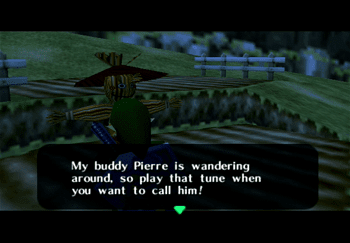 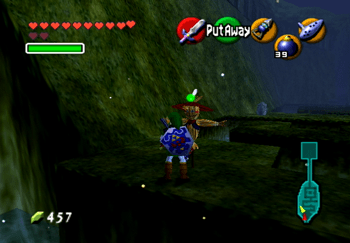 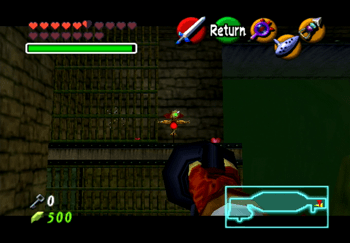