You first run into a few members of the Nero Family in Alexandria. Specifically, Genero, Benero and Zenero can be found in the weapon shop of Alexandria at the start of Disc 3. They are involved in a mini-game very similar to a shell game in which you can double your gil each time you guess the correct brother.

There is another side quest that involved the family though which begins on Disc 4 when you gain access to Memoria. You have to travel back to the Theater District in Lindblum (just outside of the Tantalus Hideout) to initiate the side quest. A short cutscene will take place involving Benero who mentions that the rest of his family members are missing. 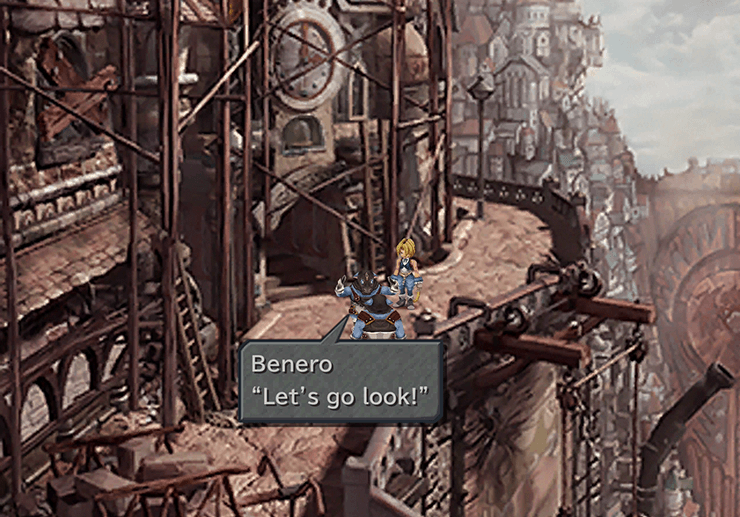 Completing the side quest involves returning back to the Theater District of Lindblum to watch another cutscene as you make your way through Memoria. Every time there is a major event or battle in Memoria (and there are a lot of them) you can return for another short cutscene.

Protect Ring, which is the reward for completing the side quest. It should be noted that although the Protect Ring is a powerful item, it is not a unique item, so it is debatable whether its worth returning to Alexandria (a total of 9 times) in order to complete the quest as it takes a lot of time.

For those interested in completing it though, you can return to the Theater District for a cutscene after the following events: