You can recruit Quina to your party once you exit the Evil Forest. Alternatively, Quina will automatically join your party in Disc 2 upon exiting Lindblum Castle. Quina belongs to the race of Qus and its sex is unknown. It is regularly referred to as a he/she throughout the game.

Quina is also a gourmand which means that he/she inherently wishes to travel across the world in order to find good things to eat. This hunger also enables Quina to eat enemies during battle and learn Blue Magic abilities from them.

Quina’s attacks cause an unpredictable amount of damage – it can be quite high or ridiculously low. Instead, Quina will typically rely more heavily on its Blue Magic abilities which can do damage and help to heal and protect your party members.

Quina can attempt to eat an enemy in order to learn Blue Magic abilities, however, the enemy must have low health (under 25%). Use the Eat command and Quina will attempt to eat the enemy. Quina may new learn abilities to be used in battle and can even eat enemies with higher health when under the effects of a Trance. 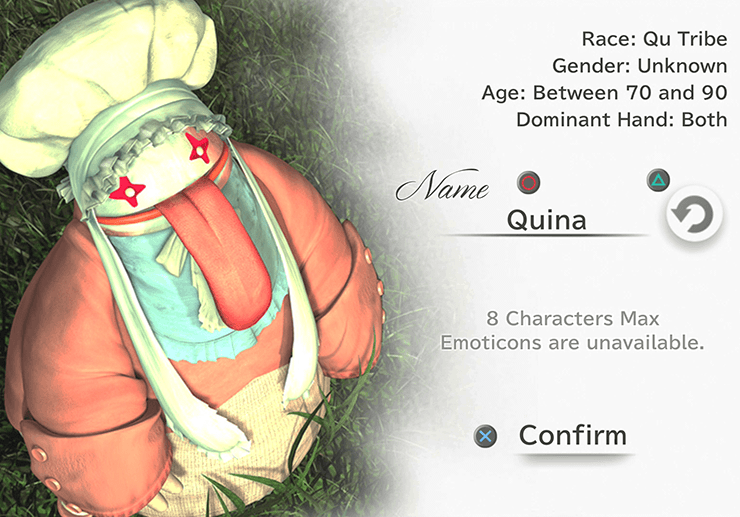 Quina is able to learn the following abilities: