Princess Garnet is the heir to the throne of Alexandria and is the daughter of Queen Brahne. Even when she was young, Dagger had taken a keen interest in summons and Eidolons. In her early years, she came to understand that she had the ability to summon her own Eidolons In battle.

Dagger is eventually kidnapped by Zidane and the rest of the Tantalus troupe, but she is more than willing to be taken by them. She uses this as an opportunity to travel the world and learn more about herself in the process. She adopts the name “Dagger” and her friends use that name in order to help aide in her in remaining hidden. Dagger’s primary weapon is Rackets or Rods.

Dagger can use Jewels and earn AP in order to learn how to summon certain Eidolons (not always the same ones as Eiko). Her primary summons include Eidolons that attack with both elemental and non-elemental attacks. They will always show up the first time you summon them, but they only appear periodically after that, sometimes sending their weapons to do their dirty work. 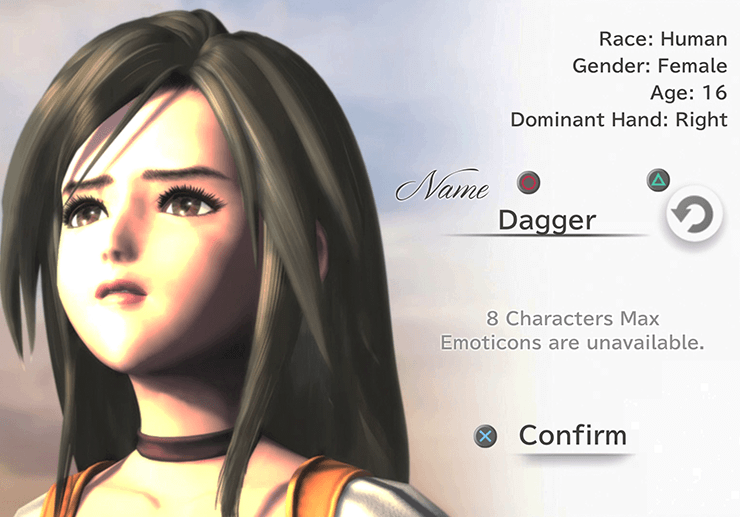 Dagger is able to learn the following abilities: