Front and Back Row

Battles within Final Fantasy VII are setup with characters positioned in either the front or the back row of the battle and the mechanics of the fight can differ depending on which row you place your characters in.

Those unfamiliar with front and back row mechanics but familiar with Final Fantasy VII will recall that when Aeris initially joins up with Cloud in the Church of the Sector 5 Slums her character portrait appears slightly to the right of Cloud’s in the menu screen. This is because Aeris is placed in the back row by default.

So what impact do the front and back row mechanics have during a battle?

You should always keep your characters with long-ranged attacks in the back row as they suffer no attack damage reduction when you place them there. This includes Barret, Yuffie and Vincent. Keep in mind though that Barret has a few weapons that are not long-range, including the

You can also equip a

Long Range Attack Materia on a character and they will not receive an Attack Power reduction from being in the back row. This Materia should only be used on characters with short-range attacks, such as Cloud, Tifa, Cid or Cait Sith (or Barret when using one of the short-range weapons previously listed).

The screenshots below demonstrate the placement of Barret in the back row at the beginning of the game: 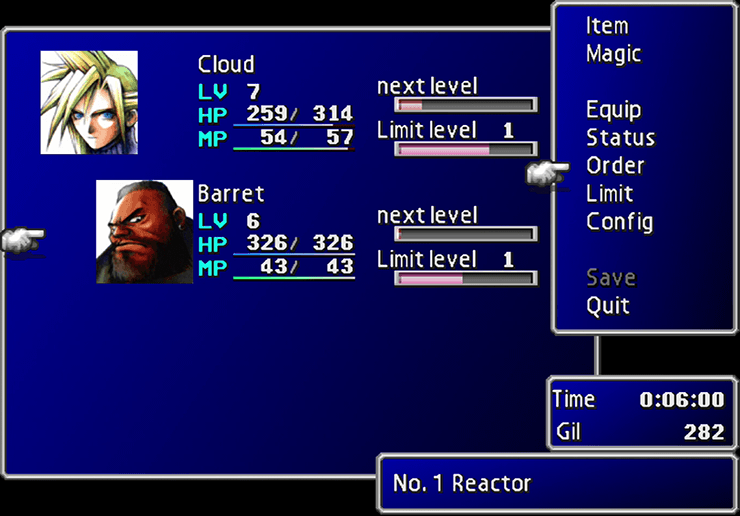 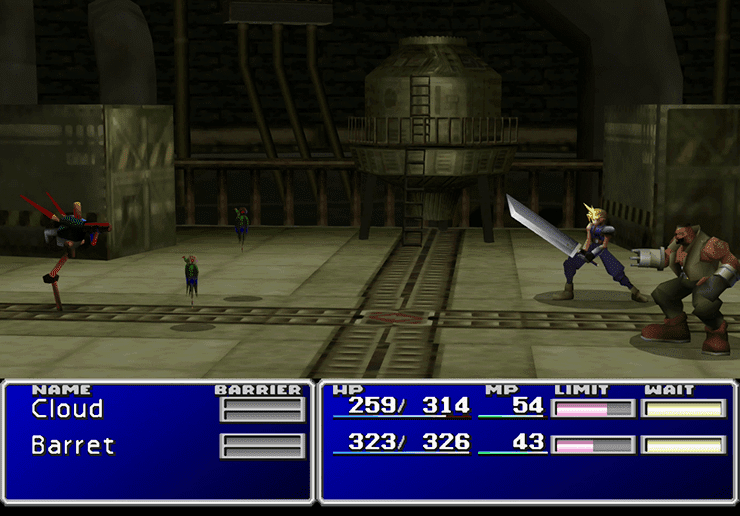