You’ve undoubtedly been making use of Limit Breaks for quite some time, but what’s really going on behind the scenes when it comes to how fast characters learn their Limit Breaks? 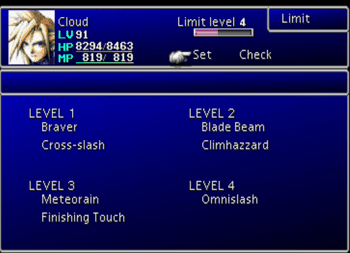 This pattern of growth holds true for all of the characters although each of them requires a different number of killing blows and Limit Break usage before advancing to the next level. So if you’ve ever been wondering why your back-up support and healing characters haven’t been getting new Limit Breaks, this is most likely the cause. You’ll have to get them to start amassing killing blows.