Best Party
Selecting the best Characters to Join Your Team

Which characters are the strongest? Which ones should you add to your party?

The first and most important thing to keep in mind when deciding which party members you are going to add to your team is that all of the characters available are viable options. You can complete the story mode and all of the available side quests with any party combination that you select.

That being said, some characters will come out ahead when compared to others simply because of their stat growth as they level and due to the power of their Limit Breaks. 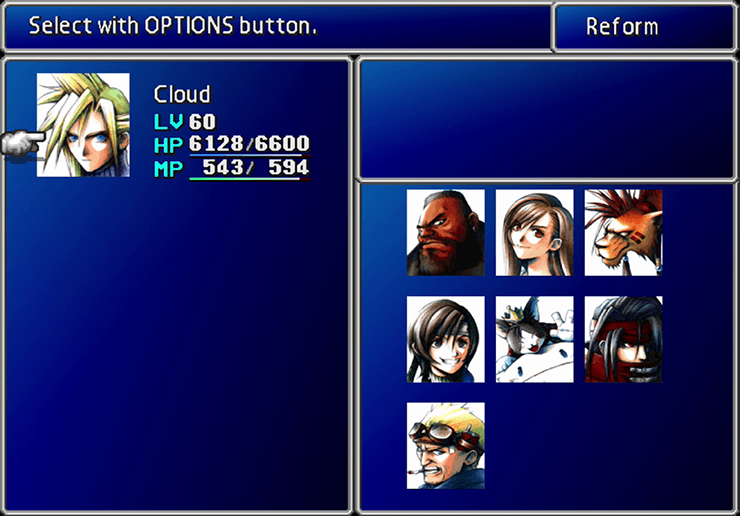 The first major consideration is which characters have the best stats. Specifically, this looks at a character’s HP, MP, Strength, Vitality, Dexterity, Magic, Spirit and Luck. Here is a character by character comparison of each character’s stat growth as they level.

Cloud
As the main character of the game, Cloud will be in any party that you choose, but that’s okay because his character stats are the strongest of any character (with a few exceptions).

Barret
He has very strong HP, Strength and Vitality which makes him an excellent addition to any party.

Tifa
From a stat perspective she is not the strongest though she does have some weapon/Materia combinations that can help counteract this.

Aeris
Her stats heavily lean towards Magic and Spirit. That being said, she is only with your party for a limited amount of time, so she should not be slated in as one of your primary party members.

Red XIII
He has the highest Dexterity of any of the available characters as well as very high HP. His other stats are all fairly strong as well - he is not particularly weak in any specific category making him an okay choice from a stats perspective.

Cait Sith
The robotic cat has high Luck but his stats in all other areas are mid-range at best. He is not a good character to pick from a character stat perspective (or any perspective, for that matter).

Cid
This is another character that is heavy on HP, Strength and Vitality. From a character stat perspective Cid makes a very good choice.

Yuffie
Her stats are fairly good in most areas. She has the highest Luck of any character and her Dexterity is one of the highest (next to Red XIII). She is not a bad choice.

Vincent
His stats are average across the board but he has low HP, low Strength and low Vitality. He has good MP, Spirit and Magic but his Limit Breaks make him underwhelming as a support character.

So what should you be looking for in a good Limit Break?

Some Limit Breaks provide support through healing and positive status effects, but most of these effects can be replicated by equipping weapons, armor or Materia to a character. Additionally, you can use Materia to heal and support your characters.

As a result, what you are really looking for in a good Limit Break are the ones that can do the most damage to the enemies that you face. Damage from a single hit will be capped at 9,999 HP worth of damage which means that the strongest ones are those that hit multiple times for high amounts of damage.

Cloud
Has very strong Limit Breaks. His Level 4 Limit Break, Omnislash, hits is the strongest in the game. It hits enemies multiple times and for a ton of damage each time.

Aeris
Her Limit Breaks are all for supporting your characters making them of limited value and application.

Red XIII
His Limit Breaks are not his best feature. Many of them are support based and his strongest Limit Breaks only hit once. This is one of his biggest pitfalls.

Cid
His Level 4 Limit Break, Highwind, hits enemies 18 times, making it one of the strongest Limit Breaks in the game.

Yuffie
Her Level 4 Limit Break, All Creation, only hits one time, but her Level 3 Limit Break, Doom of the Living, hits enemies 15 times making it a very powerful attack.

Vincent
His Limit Breaks are terrible and they are his biggest downfall. Some of them are fairly powerful but you lose control of Vincent as a character until the battle is over. This can be debilitating and can limit your ability to strategize and control the flow of more difficult battles. 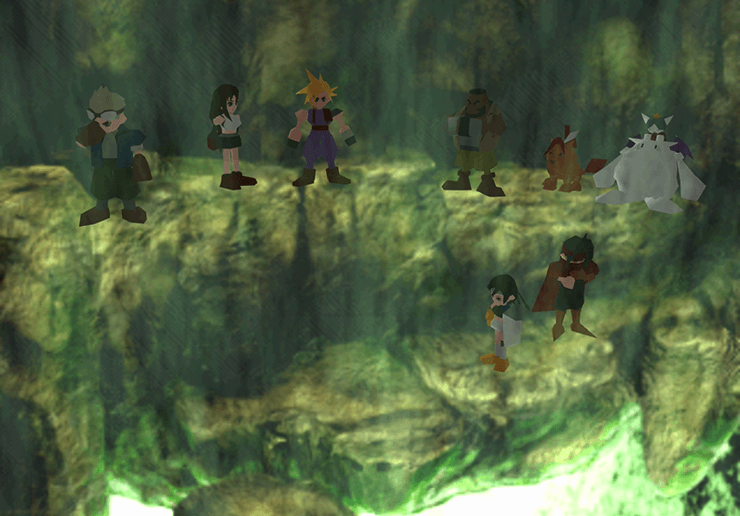 So after all that, who should you select? Just to remind you again, you can do a full playthrough of the game with any of the available characters. This includes the final battle against Sephiroth as well as any of the more difficult end-game side quests that are available. But if you are hellbent on using the best characters available, it is recommended that you choose the following characters:

The main character with the best stats and best Limit Breaks.

Is the second strongest choice. He has high stats and great Limit Breaks and he is a mainstay of your party throughout the game.

Both Cid and Yuffie make excellent additions to your party. They have great stats and Limit Breaks, with Cid coming out slightly ahead of Yuffie. Both are viable options though.

The cat is a great addition to your team when he joins your party in the Shinra Building but his strength starts to wane as the game progresses.

She can be a good addition to your party under certain circumstance. Namely, when she has her

Deathblow Materia. But generally speaking she is not the strongest character option.

Each of these characters have reasons why you should not use them which are mentioned above. They have notable handicaps that could prove to be detrimental to your party.

Just to reiterate one more time, you can easily use any of the party members for your playthrough of the game, but if you want the **strongest party** you should select the ones outlined above.